According to the Centers for Disease Control and Prevention’s calculations, more than 1 million traumatic brain injuries occur in the United States every year. Many of those afflicted are children. The injuries could occur during motor vehicle accidents, sports or recreational activities. If your child has suffered one, it is important to consult with an experienced traumatic brain injury attorney. Here’s why:

Traumatic brain injuries come in different forms that vary in severity. The forms include, but are not limited to, concussions, contrecoups, hematomas and diffuse axonal injuries. Depending on the severity of the injury, the child could perish.

Children that do survive the initial trauma are at risk of developing what’s known as post-concussion syndrome. It could lead to short-term difficulties in the areas of communication, cognition, hand-eye coordination, mood and behavior. There is also the possibility that the child could be forced to live in a lifelong vegetative state or develop complications much later in life. Such complications include, but are not restricted to, post-traumatic epilepsy, Parkinson’s and post-traumatic dementia.

Understandably, the healthcare costs associated with caring for a child that has experienced a severe traumatic brain injury can be quite overwhelming. According to the Family Caregiver Alliance’s figures, it is not uncommon for those costs to exceed $3 million. Of course that is not even taking into account the emotional anguish that such an injury can cause the child’s loved ones.

As you can see, there is a lot involved in dealing with a traumatic brain injury. Therefore, if your family finds itself in such a situation, please contact a traumatic brain injury attorney at Frekhtman & Associates. We are well-equipped to deal with all of the complexities involved and offer complimentary consultations. In addition, contingency fee arrangements are available. Thus, you won’t have to worry about paying upfront retainer fees. 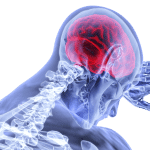 Tips from a Brain Injury Attorney on How to Recognize TBI