Posted by Frekhtman & Associates
in Podcast

I discuss a recent jury trial story on a $200,000 verdict including the elements of the trial, the arguments, exhibits, and the final jury verdict.

Hi. I wanted to talk about a trial that we recently had that just finished. So we have it up here on the screen, some of the exhibits from the trial. It involved an individual who was rear-ended. He was driving his car, he was stopped and another car hit him in the rear. He didn’t have too much property damage. The property damage to his vehicle was about $500 and the defendant’s insurance company made us an offer of $20,000 to settle, which we rejected, and then we proceeded to what’s known as a summary jury trial. That’s a one day trial where you pick a jury and you proceed to trial and you do everything that you would in a normal trial, except you don’t call actual doctors to come and testify or actual experts. So the plaintiff, the person who’s suing would still testify. He would still take the stand and testify, but you would use the medical records and you could use illustrations and diagrams as opposed to calling doctors because if you start calling doctors and cross-examining doctors, that would take much longer than one day. So everything has to be done in one day and there are strict time limits.

So the opening statement is 10 minutes, the entire presentation of the case is about an hour for both sides, so two hours, and then the closing statement is 10 minutes, and then the jury will deliberate and make a decision. So this case involved an individual, there was a $250,000 insurance policy. We made a demand of the entire $250,000 and the defendant said, no, they offered $20. At one point, they said they would do a high-low where the low would be 20,000 and the high would be $200 and my client wanted to do that, but when we showed up to court for the trial, the insurance company said, “That’s off the table. We’re not going to do that anymore.”

So we had to do from zero to $250, and this was a case where he was rear-ended. As I said, the property damage was very low, there was just a little scratch on the bumper. The injury was a herniated disc for which he required a percutaneous discectomy. A percutaneous, discectomy is a type of surgery where this herniation, that’s where the liquid leaks outside the disc, and a percutaneous discectomy is where they go in with a Stryker decompressor and they suction out a part of the disc that’s leaking. So if you see here, this is the part that’s leaking right here, they suction that out and then the disc would be a perfect circle again. So it’s a minimally invasive procedure, it’s usually done in the medical office. It takes about 10 to 15 minutes. So that was one of the injuries.

The other injury that we had pled… and this is an example of the discectomy with the Stryker decompressors suctioning out the leak from the disc. So the other injury that we had pled was he had a tear in his hip, and so that was something that we played and he had surgery to fix that. It’s known as arthroscopic surgery and we talked about all of the injuries, but what happened with the trial was the jury came back with a verdict and we were pretty happy with the verdict. They came back with the verdict just under $200,000. So they came back with about 198,500, I believe.

The interesting thing about it was that in this summary jury trial, which the whole thing has to be done in an hour, we had a lot of medical records just because the client saw so many providers and he treated so much. He treated from 2011, when the accident happened, all the way through 2019, which is when we did the trial in February. So he treated all that time. So we had over 500 pages of medical records. We didn’t go through, obviously, all of it. We had to be very selective, but we had, I thought, very serious injuries because we had the back surgery, the percutaneous discectomy, which is back surgery.

We also had the hip surgery, but the interesting thing that the jury did was they actually gave him zero for his pain and suffering. The reason was something that we discussed in voir dire, which is when we select a jury, we talk with them about what is important to them, and a lot of the jurors said, “What’s important to me is family. What’s important to me as my friend’s experiences,” and this particular individual, he lived alone, he didn’t really have too much family, and they gave him zero for that, but they still gave him $200,000 because he had, what’s known as lost wages, which are economic damage.

So they terminated him and after that, he had more menial jobs like working at the rent a car place, moving cars. At one point, he was doing some janitorial work. So we use this idea that I got from a book, this a book by a Clotaire Rapaille it’s called The Culture Code. It’s a very interesting book, and what it basically says is that we associate certain things as a culture. So with work, we associate work or our job with our identity, who we are. So I said, “This was a hero.” He actually one time prevented a knife from getting on an airplane, he met the prime minister of Australia, he met a Supreme Court justice. He was somebody in the Department of Homeland Security, a federal employee and he lost his sense of identity. He lost who he was because of this termination, because of being fired because he could not stay on light duty anymore.

Then we show it from an economist. We showed all the projections of how much money he lost. Some years where he didn’t work at all he lost 60,000, other years he lost maybe less, like 10,000, but throughout all those years, we showed lost wages of a few hundred thousand and that’s what the jury awarded. So it just goes to show that… Everyone was very surprised at this verdict. The judge was very surprised, the defense lawyer was very surprised. I was surprised because looking at this case, looking at the fact that he treated for all those years, and he had two surgeries, I would think they would award something for the pain and suffering, but maybe it goes to show that you really have to listen to the jurors in voir dire, you really have to connect with the jurors a little bit, and you have to understand what motivates them, because see, they didn’t care about 500 pages of medical records, they didn’t care about the surgeries or these illustrations that I had showing all of these injuries and range of motion deficits and we even had videos showing how the surgery was done. What they really cared about was the idea that he lost who he was, he lost his sense of identity by losing his job and they wanted to compensate him for that.

So I hope that was helpful. I think it was very helpful for me as an attorney to understand this and next time to present the case a little bit different to be able to obtain compensation for both the pain and suffering component, which is known as non-economic damages, as well as the economic damages, the lost wages. Although in this case, it didn’t make too much of a difference because like I said, the offer was only $20,000 before and afterward, we got to have close to almost $200,000, which was nearly the entire policy. The client was very satisfied and overall, I think it was a good result, but this is something that I think is a learning experience. So I hope this helped.

So feel free, please ask questions. What do you want to know? Thank you so much and have a great day. Bye-bye. 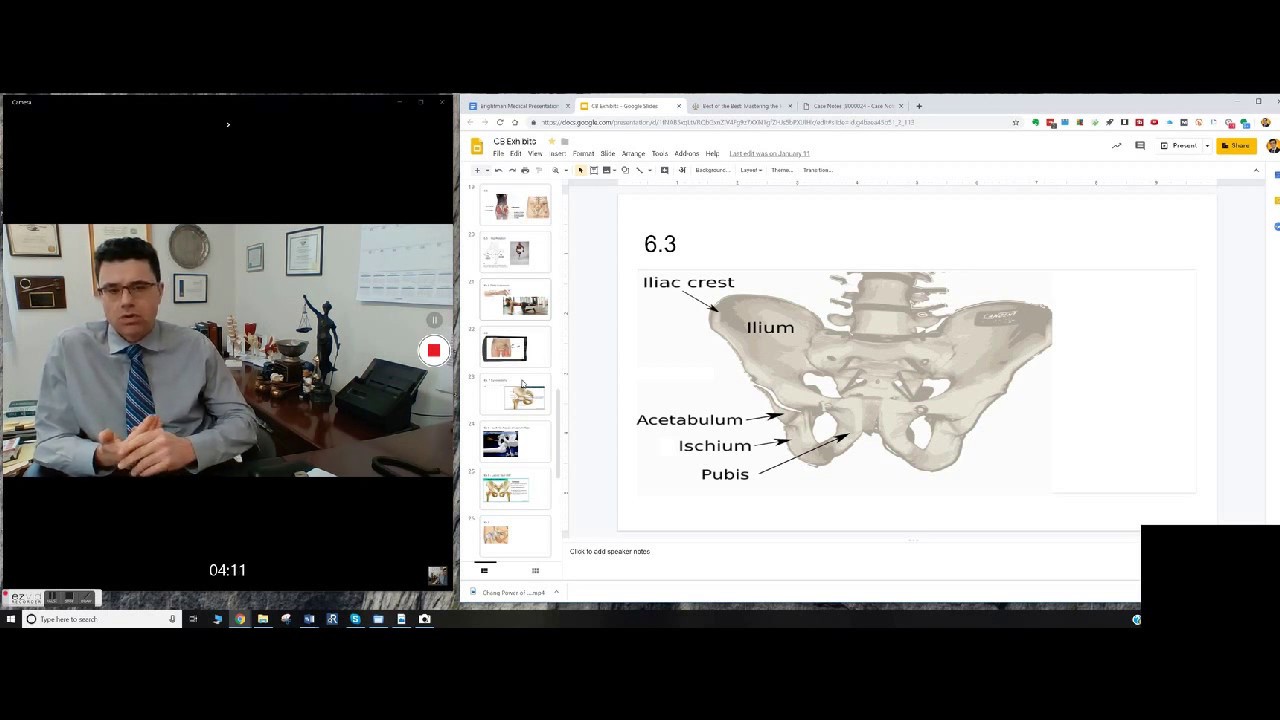