Improving Construction Site Safety with Drones & Other High-Tech Devices
Fortunately, new technologies are now available that can lower the number of serious accidents on construction sites and improve productivity.

One of the questions we get asked is: how can we improve the safety of workers at a construction site? What else can we do to make workers as safe as possible? Well, one of the answers lies in technology. For example, an increasing amount of technology in the last few years has focused on drones.

Now, drones can be flown at construction sites and can take HD or even 4k video. And there are a number of applications where they can be useful, very useful, and where they can improve the safety of workers and prevent accidents. For example, inspections. Now, some workers are tasked with performing inspections to see what’s the progress of the job site, what’s the progress of this roof being put on this particular structure. So, instead of having the worker climb a ladder or go up on a roof where he’s potentially exposed to danger, you could send a drone up there and just have the drone video the roof, and then just watch the video.

And the same is true if you want to see how the construction is progressing and compare it to the architectural rendering at the beginning. You can just watch the drone video and then see where you are and whether the architectural drawings are being complied with. And the architect, or the engineer, or the construction safety supervisor could review all this and make a plan going forward. So, there are a number of ways in which drones can improve safety at construction sites, both by limiting the worker from going up on ladders, roofs. For example, one of the ways is with bridges because oftentimes workers have to really climb up and harness themselves and look at the steel connections on a bridge to make sure it’s safe. Well, a drone could do that.

A drone could be flown way up high, hundreds of feet in the air, to review a bridge and the connections, and that way the worker doesn’t have to necessarily do that. So, there are a number of ways that these drones can be very, very helpful to construction workers and to these projects.

Another idea is that some of these drones have what’s known as thermal maps, right? So, with thermal maps, they have heat signatures. So, if, for example, you have a solar panel on a roof and one of those solar panels is broken, well, now the drone can go up there and they can detect variations in heat so they could see immediately which of them is broken because all the others will have a certain temperature and one won’t. And then they can send somebody in to repair that. So, the use of thermal maps with drones is also a new technology that can be very helpful for safety, as well as getting the job right, and getting it done efficiently, getting it done effectively. So, I hope this helps. And feel free to post any questions that you may have. Okay. And have a great day. 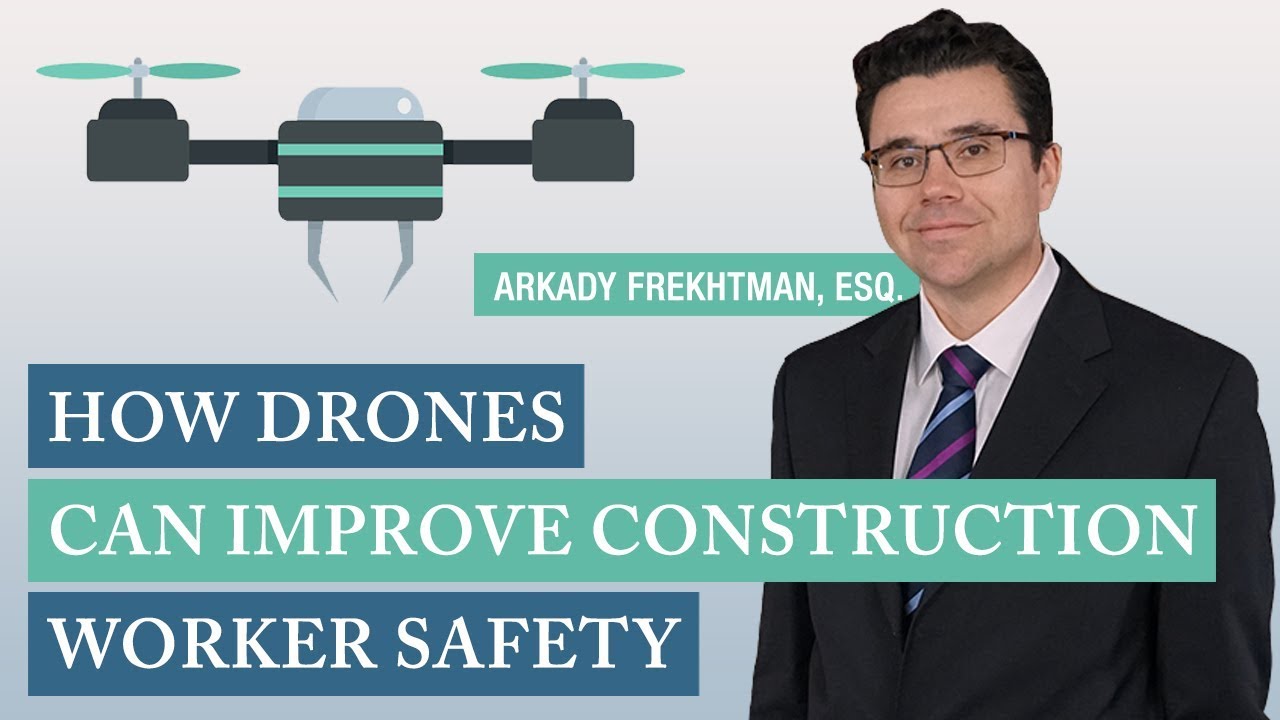