What is medical malpractice ? An experienced trial lawyer answers your questions

Basically, there are two elements to proving medical malpractice. The first one is you have to prove a deviation from accepted medical practice. Essentially, there’s like a lowest common denominator, right? This is accepted medical practice. You don’t have to be an extraordinary doctor or a great doctor. You just have to do basically the bare minimum of what an average doctor who performs the surgery or the treatment that is the subject of the case, an average doctor who performs that in the community where the doctor practices. You have to show that that doctor went below that lowest common denominator, right? The standard of care. That’s number one.

And then the second element that you have to prove is you have to answer the question, was the mistake, whatever the doctor did, was that mistake a substantial factor in causing the injury? And so what usually happens is you may have a case where a doctor, for example, delays diagnosis and doesn’t diagnose a patient properly or timely. But their defense will be, yes, I made a mistake, but it’s just a mistake on paper because had I told him the correct diagnosis, he would have followed this road, and he would have had this result. And the fact that I told him the incorrect diagnosis, which was later corrected and told to him properly by another doctor, let’s say a week later, he’s still going to be following the same exact road. There’s no change in his life. There’s no damage from the mistake.

What we have to show are two different roads. Right? If the doctor that you’re using tells you that you don’t have anything, and in reality, you do, and then you get it corrected six months later, then an expert would have to examine and say, well, if this was told to you six months earlier, you would have had one road. You would have been treated quickly and recovered. But because you’re delayed six months, now you have a completely different road. Right? With surgery or some kind of horrible chemotherapy, whatever damages you have from the mistake. So that’s important.

And what you need to do to prove medical malpractice is you need to call an expert. If I’m representing somebody who’s injured in medical malpractice, I have to call an expert, and that expert will then have to come to court and say to a reasonable degree of medical certainty, “I swear to tell the truth and nothing but the truth. And in my opinion, as a doctor in this community, in this local community, to a reasonable degree of medical certainty, that other doctor deviated from accepted medical practice, and his mistake was a substantial factor in causing this injury.” Another doctor has to comment as an expert and explain those two things. Number one, that they fell below the standard of care, and number two, that there was a cause.

It just has to be a substantial factor, meaning the mistake has to be one of the things that led to the injury. Right? It has to be a substantial factor. It can’t be trivial. It cannot be slight or minuscule, but it just … Some people define it as having a real effect. Did the mistake have a real effect in bringing about the injury? Some people say, was it more likely than not, more likely true than not true? There are a lot of different definitions, but in the instructions, in the jury instructions in New York, for the most part, they use the word substantial factor. And there’s one case in New York that said that you have to show that it’s more probable than not that the doctor’s mistake was a substantial factor in causing the injury, so more probable than not. But that’s the only thing.

For example, if you have a gallon of milk, and there’s one drop of poison in that gallon of milk, it’s not really substantial in the sum that it’s only one drop in an entire gallon, but it does have a real effect because if you drink some of it, you could die. Right? So it doesn’t have to be substantial in terms of the greater part of. It just has to have a real effect in causing the ultimate outcome.

To sum up, I can give you some examples of cases we’ve handled where there were medical malpractice cases and how we argued them, and the result. There are three cases I was thinking of.

Number one, we handled the case … This is way back when I first started practicing as a lawyer, and it was a very interesting case. A boy who was like 12 years old was going to his doctor, and he was complaining, pediatrician, and he was complaining of eye issues. He was saying, “I’m getting blurry vision. I’m having trouble seeing.” And she said, “You know what? I think you’re just playing too many video games like all kids.” And she dismissed it. And then a few months went by, not too long, maybe like four to six months, and he had this really rare condition that I believe, the tumor in his brain was pressing up against the optic nerve, and it caused blindness. And unfortunately, that boy became permanently blind. And we had an expert say that, had the doctor diagnosed it properly and sent him to an ophthalmologist or a neuro-ophthalmologist right when he first made the complaints, perhaps they could have done something differently, and he could have had a different outcome. And that case settled for, I believe, $1.5 million.

And there was another case where a lady, I believe she just had like a syncope, which means you’re like fainting. And she went to the emergency room at the hospital, and they said, “Okay, give her potassium chloride,” which is medication. And they did bilateral IVs, just an IV in her left elbow and in her right elbow, right? It is a very, very common procedure, but for whatever reason, I guess the nurse or the tech who was doing the, administering the IV, made a horrible error. And instead of putting the medicine, the potassium chloride into her veins, where it should go, into her blood, they put it just somewhere into her, the meat of the hand. And so that potassium chloride like burned through, and it left these horrible marks on both of her arms. And that case also it settled for, I believe, a little bit over 1.5 million, 1.6 million.

And then there’s another case, which, I mean, I could talk about one case or I could talk about many because we’ve had many of these types of cases, probably 10 or more, and it’s really a failure to diagnose breast cancer. And what happens with that is it’s usually a case against the radiologist because the radiologist looks at the films. And he’ll say, after a mammogram, and he’ll say, or she’ll say, “These films are clean.” And then, later on, six months, a year later, that woman will get diagnosed with breast cancer, and they’ll have to do either a mastectomy, which is a removal of the breast. They’ll have to do breast reconstruction surgery. Then they need to do chemotherapy. And then they’ll look back at the films, and you’ll have to have an expert radiologist, and they’ll say, “Wait a minute. How can you say there was nothing on that film. Look at 11:00 right there. There you could see evidence of a tumor.” And so that is another type of medical malpractice case that we’ve handled.

I hope this has been helpful, just a brief overview of medical malpractice, how it works in New York, according to … We got it from the horse’s mouth. This is from the jury instructions. And we’re handling a bunch of medical malpractice cases now. We look forward to taking them to trial in either this year, 2021, or perhaps over the winter into 2022.

Okay, have a great day everyone. Let us know if you have any questions, and we look forward to speaking with you very soon. Bye-bye. 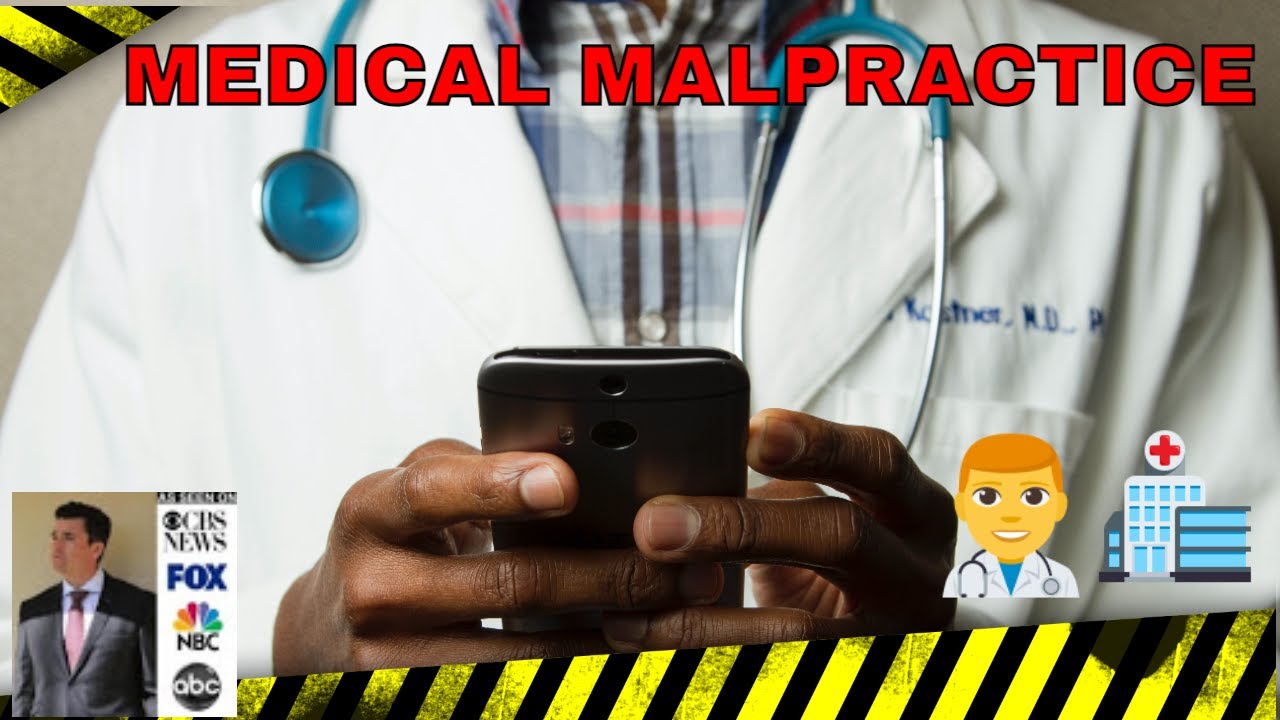