Hi, my name is Arkady Frekhtman with the F&A injury law firm here in New York City, and I want to give you 10 tips for what to do after a car crash or motorcycle crash, and also five things you should never do. So let’s get started.

Number one, stay at the scene of the accident. Do not leave the scene. Leaving the scene of a crash site is a crime in New York.

Number three, explain to the police what happened. That’s very important because they come to the scene and they write down what you tell them and what the other drivers tell them. The police report is basically their version of what they understood from you, so if you’re clear and explain your point to them, they’ll write it down. But if you say nothing or if you start talking about irrelevancies, what they’ll do is they’ll just take the other driver’s version, and it’ll hurt your case.

Number four, tell the police you are hurt if you feel any pain or any symptoms. A lot of these injuries, like back injuries, will manifest themselves weeks or even months after the crash. So better to tell them and err on the side of caution and tell them that you’re feeling pain if you’re feeling any kind of symptoms.

Number six, go to the urgent care or to a hospital, always best to get checked out. It’s your health, that’s the most important thing you have, so make sure to get that checked out.

Number seven, call a lawyer, and actually shop around and see what type of car accident lawyer is best for you. Some people like a big firm where they have a lot of people involved. Some people like the attention of one particular lawyer, like a solo practitioner, where they have that relationship, one-on-one. See what kind of lawyer is best for you. Shop around and look at the reviews and make your choice.

Number nine, find a good physical therapy or another medical provider. Depending on what type of injury you suffered, you may need a chiropractor, or acupuncturist, or a neurologist, or an orthopedic specialist, right, so see what kind of injury you suffered. That should really be something that you do with that lawyer that you hired. The lawyer can help you and be that adviser and guide that would help coordinate your medical care.

Number 10, keep a daily journal. It’s really important in the beginning to keep a daily journal of what’s happening, your medical treatment, how you’re feeling, especially in New York, because in car crashes, there’s a serious injury threshold, a threshold that you have to overcome. If you don’t overcome the threshold, you get nothing. So if you have the contemporaneous daily journal of how this crash has impacted your life and the fact that you couldn’t do what you usually do in the first three months after the crash, that’s going to help you so much to prove that your injury is, in fact, serious and overcome that insurance law 5102(d). So keeping a journal very, very important.

Now, what are the five things you don’t want to do after a car accident or a motorbike accident?

Number two, don’t say you’re fine unless you really have no injury and you’re sure of it because, like we were talking about earlier, the injuries could manifest themselves weeks or even months later. For example, in the case of a traumatic brain injury, you might just feel a little bit cloudy or foggy, but the injury could manifest itself maybe six months later. So it’s never a good idea to tell them you’re fine because then they’ll write that down, and it’ll be documented.

Number four, don’t go on social media, especially if you’re going to be claiming that you’re injured. If social media shows something different, then that’s going to be used as evidence against you.

Number five, don’t accept a low-ball offer. This is really one of the most important pieces of advice I can give you out of all these 15 things, because the insurance companies so often will come to you and say, “Hey, I got a check for 500 here, just sign this release.” But what you’re doing is you’re accepting that few hundred dollars and you’re now prohibited from suing forever. What if you end up having a serious injury? We’ve actually had cases where somebody has come to one of our clients before they hired us. Come to their house and give them a check for $500 or $600 and ask them to sign a release. Later on that client would have surgery on their hip, but this would be six months later, and we would settle that case for $500,000. So imagine the difference, $500 to $500,000, and that’s really a true story. This is how drastically different the result can be.

So I hope this had been helpful. Let us know if you have any questions. You can text us, call us, email us, drop a comment below. If you want to see any video in the future, we’d be happy to shoot a video answering your questions. Have a great day and bye-bye. 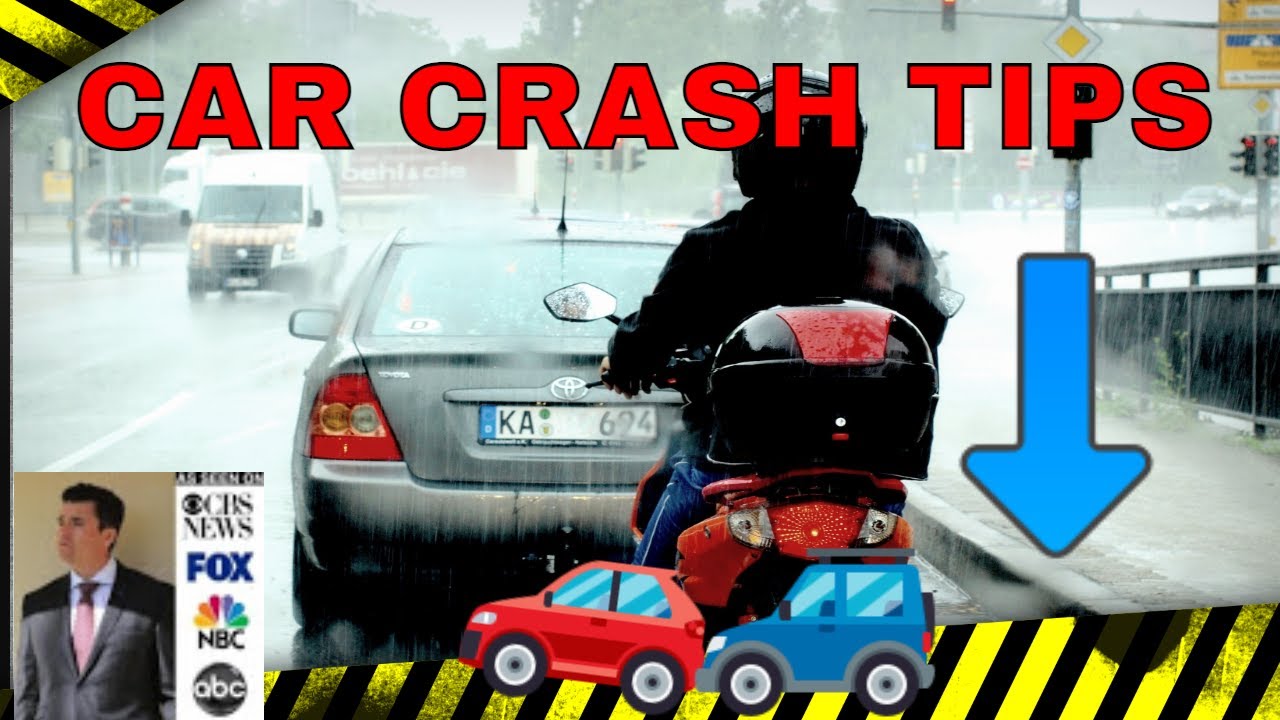