110 years for the truck driver? What do you think?

Hi everyone. This is attorney Arkady Frekhtman and today I’m reacting to the Aguilera-Mederos sentencing of 110 years. Is that really proper? A lot of people, over four and a half million people, have signed a petition for clemency saying that it’s improper to sentence this truck driver to 110 years in prison. Other people, the people on both sides of the issue, some people say that he should be punished because he was going super fast, he never slowed down. He had runaway ramps, which are like these ramps going up in Colorado, in the hill country, where he could have just steered the vehicle to the right, gone up the ramp, and avoided any kind of crash. But this is a video, actually, dashcam footage from the accident. Let’s take a look at this one. This one was…

Everyone saw that. That shows the truck barreling through, and this guy’s just sitting in his car.

You could see that truck is coming fast. But the issue in the case was that Mr. Mederos had said that his brakes failed, and most truck drivers do a pre-trip inspection, and that is before you get in the truck and before you drive, you make sure the brakes are working. You do an inspection of the truck, but can a truck driver doing a pre-trip inspection, can he or she ensure that the brakes will work on a highway when you’re going like 70 miles an hour? I don’t know if that’s something a truck driver is able to do, versus the trucking company, I think it was called Castellano Trucking, they owned five different trucks and they had about five or more drivers. Now they are responsible for maintenance and repairs, so they should have checked that truck once every month, once every few months made sure the brakes are working, that’s on them.

I think this case really highlights the difference between individual rights versus corporate rights and responsibilities. See, Castellano’s not being punished in this case. Not really. I mean, they could be sued, but they could just declare bankruptcy. They could take themselves off the Federal Motor Carrier registry by just becoming inactive, and I think they already did do that. I believe they don’t even have a number anymore. If we go to the SAFER web, yeah, it says “record inactive.” The DOT number for the company no longer exists. It’s so easy for them to just shield themselves from liability, and the owners, the principles of Castellano are not being put in prison for 110 years. I don’t even think they’re being put in prison for one year, according to the information I’ve gleaned from reading things on the internet. That’s just an inequity between individuals, how individuals get punished, and how corporations get punished in America, so that’s one of the themes in this case.

It seems like most of the people that signed the petition, this is the petition right here, most of the people that signed the petition really believed, if we look at the comments, they really believed it wasn’t a criminal act because there was no intent, right? Mr. Aguilera-Mederos didn’t intend to hurt anyone. He was just doing this job. He was a Cuban immigrant. He was driving a truck. He didn’t have any alcohol in his system. He had a clean driving record, no prior incidents, which we can’t say about the trucking company. The trucking company did have prior safety issues. They were known for hiring drivers who didn’t speak English, who couldn’t read signs. I believe after this crash, Mr. Mederos also needed a translator to speak to authorities, but I would say that’s all the burden of the trucking company.

The trucking company is the one that has to make sure they’re hiring the proper personnel who are capable of driving trucks. By cutting corners and hiring cheap labor, what they’re basically doing is they’re putting profits over people, which is unsafe. By putting this truck without checking its brakes, it’s a dangerous instrumentality under the law. It’s a dangerous weapon, just like a gun is a dangerous weapon. You put a big truck like that, carrying lumber, a flatbed weighing 70,000 pounds going 70 plus miles an hour on a highway, and the brakes don’t work. Doesn’t matter who’s driving it. It’s going to lead to a crash, right, and that’s what happened. I think a lot of it has to be the fault and the responsibility of the trucking company, and that’s why people have signed this petition.

If we look at what Mr. Mederos did wrong, as we said, he could have done a pre-trip inspection, which he probably did. He could have taken the ramp and avoided the crash by taking the ramp, the runaway ramp. But is a failure to take a runaway ramp really criminally negligent homicide or criminally negligent behavior? For criminal negligence, what you really have to show is that it was so obvious and it was such a danger that it was almost a foregone conclusion that this was going to lead to injury and death and you didn’t care, you just turned the blind eye to it and said, “Who gives a… Who gives a… I don’t care. I don’t give a crap about it. I’m just going to go ahead and do it anyway.”

That could be a defense or a reason for clemency at this point. But he was charged with 40 different counts and four people died, so there were four criminally negligent homicide counts. He was convicted of 27 counts, and the way the Colorado law is written basically takes the discretion away from the judge. It just says that if you’re convicted of these counts, then whatever the sentence is on each count, so it could be from one to three years and they just have to be stacked on top of each other and run consecutively. Meaning one sentence gets finished, like a three-year sentence. Then it’s another two-year sentence, then it’s another three-year sentence, and that’s how they ended up with 110 years.

Even though it doesn’t make sense rationally, to a human being, to any judge, to any juror, nobody wants to punish someone that much. But because the law’s written like that by the legislatures, by the legislator, by the senators, or the house of representatives who wrote the law, then maybe they didn’t consider this kind of circumstance. They didn’t think this could ever happen. They said, “Well,” at the time that they wrote the law and now we’re just applying the law, we don’t have the power to change the law. It’s good that people are signing this petition. It’s good that we’re at least talking about this, we’re starting a dialogue because that really shows that people may be able to change an unfair law.

I believe now the prosecutor has actually written a letter and a motion for the judge to reconsider the sentence in response to the four and a half million signatures, so that’s a good sign. At least we have a dialogue opening up and people talking about it. I think that, yeah, those are the issues in the case. Is it individual responsibility? There was no intent. Or is it corporate responsibility? I think here, it’s really a case of corporate responsibility in many ways. Furthermore, it’s the conduct of the person, so the fact that he had no priors, no drugs in his system, no alcohol, no intent, and he seemed very, very remorseful. He thought he was going to die. He said, “Look, I’m so sorry this happened. I would even give my life. It’s just a tragic thing that happened.”

He could’ve been in the same situation and just crashed the truck into a brick wall and nobody would’ve been hurt. Maybe he would’ve had some minor injuries with an airbag and he would’ve been fine, but it’s just circumstance that it happened on a highway, and the fact that the brakes weren’t working could be partially like we talked about, the free-trip inspection, but is he really going to be able to tell what’s going to happen when he is going 70, 80 miles an hour on a highway? That’s really the burden of the trucking company not to put trucks into the stream of commerce that are dangerous without checking them. That’s a profit over a safety issue. I hope this has been helpful, just a little bit of analysis about this case. Let us know what you think and we’d be happy to delve deeper into any path or any topic that you’d like, based on your comments. Okay, have a great day, everyone. Talk to you soon. Bye-bye.

Get Legal Help in New York For A Truck Accident 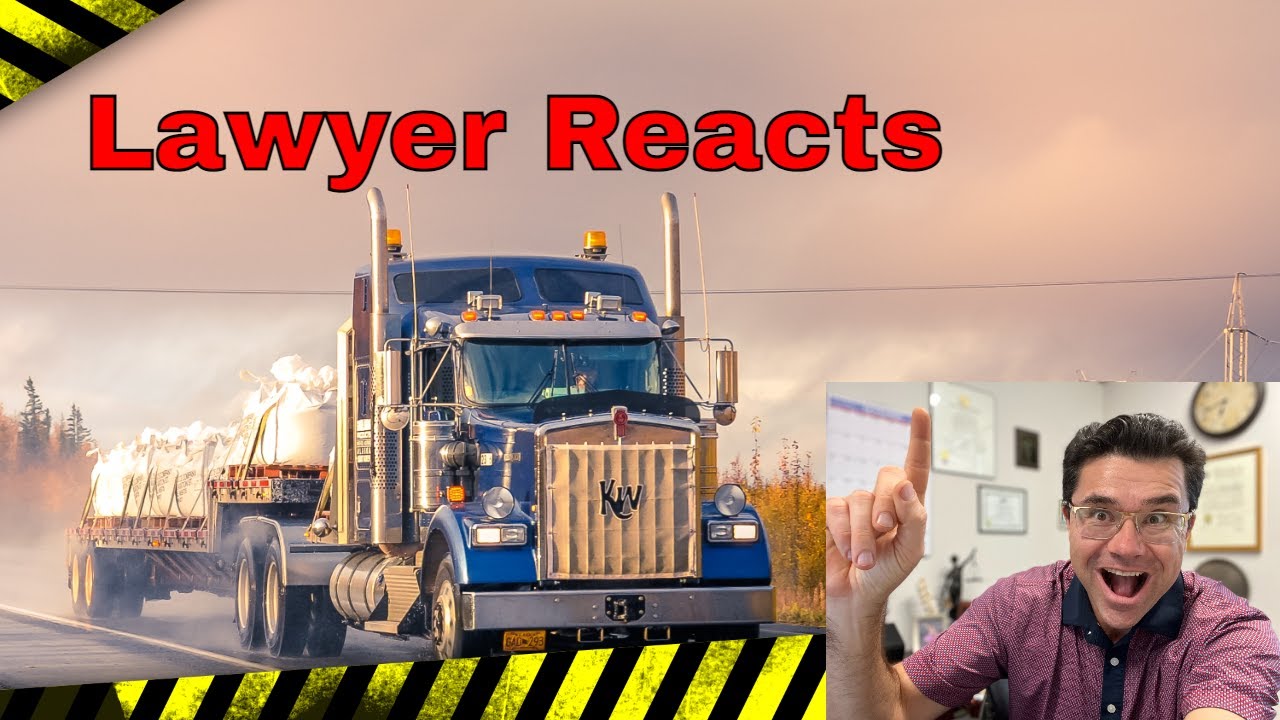