Every year, too many New Yorkers discover that carbon monoxide poisoning can cause traumatic brain injuries. Unfortunately, this type of damage usually occurs before people realize the dangerous level of their exposure. Once a carbon monoxide alarm goes off at work or at home, you must immediately seek out fresh air, while also helping everyone else escape.

About 450 Americans die of carbon monoxide (CO) poisoning each year, and another 50,000 visit emergency rooms seeking treatment due to their exposure. What follows is a closer look at many of the risky causes of CO poisoning and traumatic brain injuries (TBIs), common symptoms and potential long-term harm, treatment options, and other key facts.

What exactly is carbon monoxide?

This is a type of gas produced during the burning of various fuels, including gasoline. It is very dangerous since you cannot see or taste it. In fact, this type of gas can build up very quickly in most environments — sometimes reaching dangerous levels within seconds or minutes.

Since people can become ill (or even die) if they breathe unusually high levels of carbon monoxide, exposed individuals must be immediately rushed to a hospital ER for help.

Common settings and activities that can lead to CO poisoning

Who is most likely to be harmed by carbon monoxide poisoning?

Which workers are most likely to breathe in CO on the job?

Symptoms for both mild and moderate carbon monoxide (CO) poisoning

People who have suffered a mild form of this type of injury are likely to complain of a mild headache, limited nausea, or shortness of breath.

Individuals who have incurred a more moderate exposure to CO poisoning are likely to report one or more of the following symptoms.

How do doctors diagnose CO poisoning?

After conducting a thorough physical exam, a blood test must be run. Unfortunately, this may not reveal the full extent of the poisonous effect on some victims — unless they have clearly acute cases. Long-term and even permanent damage to health often results from overexposure to CO (and some victims die).

When testing blood, doctors try to determine the severity of each case based on the amount or percentage of CO found in the blood. A patient’s carboxyhemoglobin(COHb) level is simply a measure of how much CO bonded with the hemoglobin in the blood instead of the oxygen.

Once it becomes clear after a lengthy period of observation that someone has suffered permanent deficits due to CO poisoning, doctors expect to see struggles with issues involving mood, behavior, clear thinking, and basic neurological functioning.

While doctors once assumed that brain damage symptoms would slowly ease up over time,

poisoning. The unfortunate increase in symptoms and impairment is referred to as DNS – Delayed Neurological Sequelae.

After doctors have worked hard to stabilize patients with CO poisoning – they often fail to tell them about DNS. This can prove very detrimental to patients struggling with a myriad of brain injuries since CO poisoning can frequently trigger very problematic immune system responses that require strict attention and treatment.

At present, there is a strong need for additional rehabilitation programs that can fully address all the problems experienced by those who have been exposed to CO poisoning. However, the Mayo Clinic indicates that survivors of this type of poisoning can still benefit (to a limited extent) from the following treatments.

Ways to prevent CO poisoning in the workplace and at home

How To Find Legal Help For A Traumatic Brain Injury

If you have suffered a traumatic brain injury due to a CO poisoning accident caused by someone else’s negligence, you need to contact our New York City carbon monoxide poisoning law firm. We will carefully investigate all the facts of your case, review all your medical records, and then fight hard to win the maximum compensation available to you. We want every client to fully recover for all lost wages, pain and suffering, medical expenses, and other losses. 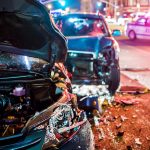 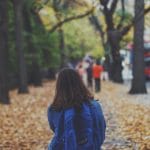