Since both LaGuardia and JFK International airports are in Queens and this borough has New York City’s most diversified economy, it is not too surprising to learn that serious truck accidents keep plaguing this area. In fact, there’s so much truck traffic here that the state publication Delivering New York once noted that prior to the pandemic, over 130,000 trucks were entering and exiting Queens on a daily basis.

This heavy truck traffic makes it critical for all pedestrians, bicyclists, motorcyclists, and passengers of other vehicles to keep a razor-sharp focus on all these Queens delivery trucks and vans. All too often, they frequently turn corners too quickly, double park and block area traffic, and endanger everyone as they deliver both large and smaller goods.

cargo with heavy or unsecured boxes or objects inside. Back in 2020, a serious flatbed truck rollover accident occurred on the Long Island Expressway (involving hundreds of propane tanks) near Junction Boulevard in Queens.

Simply described, these types of accidents occur when the front end of a truck hits the side of another vehicle. These often happen at intersections when one driver carelessly runs a red light or stop sign.

Drivers seated in the smaller vehicle often sustain serious if not fatal injuries, depending on truck speed, the weather conditions, and whether the negligent driver was under the influence of drugs or alcohol at the time of the collision.

Drivers in smaller vehicles must always use great caution whenever trying to pass any truck on the road to avoid this type of dangerous collision.

If you have suffered a severe injury due to a Queens truck accident caused by someone else’s negligence, you need to contact our Queens truck accident injury law firm. We will carefully investigate all the facts of your case, review all your medical records, and then fight hard to win the maximum compensation available to you. We want every client to fully recover for all lost wages, pain and suffering, medical expenses, and other losses. 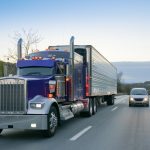 EP01 S04: Your Injury Lawyer is NEVER Allowed To Talk About THIS 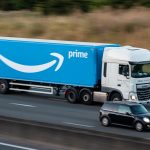