EP 10 S 06: How YOU Can Get the BEST PERSONAL INJURY LAWYER Anywhere In The USA

EP 10 S 06: How YOU Can Get the BEST PERSONAL INJURY LAWYER Anywhere In The USA

Find Out How You Can Obtain Access to a National Accident Network of the Top Personal Injury Trial Lawyers All Across the United States……….📱  (347) 566-9595, we break it all down in this episode

Good morning. How are you? This is Arkady Frekhtman. I’m an attorney with F&A Injury Lawyers in New York City. And I wanted to thank everyone because this past weekend, we hit 1,000 subscribers and we’re about to hit, or maybe we did already one million views on all of our videos. So we wanted to thank you because that’s really, really cool of everyone to watch our videos, to comment. And I try to respond to the comments as much as I can, but what I wanted to do today was I wanted to explain our process and our goals for the future of our channel. And that basically is to continue our mission and our vision, which is helping serious injury victims and their families. That is the vision and the mission of my firm and my career as an attorney.

So obviously, if you’ve been in any type of serious accident or injury, anything that’s life-changing, we could help you here in New York, in New York City, as well as New York State. But what about people in the rest of the country? Well, I’m actually admitted as an attorney in Texas, so I could take Texas cases as well, and I form partnerships with various attorneys in almost, I would say, in almost every state or I could find my network, my national network could expand to nearly every state. We have partners in Florida. We have partnered up in Boston and the Northeast. We definitely have a lot of options down in Texas and a lot of options in California and that entire coast from Washington State to Oregon and the Midwest as well.

So what I would look for in terms of an attorney to represent someone who is seriously injured and looking for counsel in another state is, number one, I would look for someone that shares my values, somebody who’s truly interested in helping the serious injury victim and their families. Not one of these lawyers that advertise and says, “Hey, the hammer or whatever, I’m going to make money. I want to get rich,” not one of these shysters that want to make money, but really somebody who’s a true warrior for justice and somebody who’s not afraid to go up against the insurance company and somebody who is a true fighter, whether the case is going to be won or lost. It’s not about that. It’s not about money.

The lawyer will be financially comfortable and they’ll do what’s in the best interest of you, of the client.

So if you’ve been in any type of accident and you reach out to us, and a lot of people have commented, what is my case worth? Well, I can’t really tell you because you’re only giving me one or two sentences. In order to really tell you what your case is worth, I would need to get your file. Sometimes the legal file is really thick, right? I could actually show you the one behind me. It’s really thick. And I would have to go through the file, and I would have to look at all of the different factors. There’s another lawyer on YouTube, I think Attorney Tom, and he has a whole channel. It says it depends. It depends. And it’s really true. It does depend. It depends on all these different things like where you are, what happened, the venue, the insurance company. The lawyer representing you is a big factor, whether or not the case is prepped the right way. Do you have before and after witnesses? Do you have experts? All of these different things.

So for me to answer anything in one to two sentences would be just a really, really, it’s like closing my eyes and throwing a dart. I might hit the mark. I might not. And I don’t want to give you that because what I’m supposed to give you is legal advice. So if I close my eyes and throw that dart, that’s not legal advice. It could be right. It could be wrong. So I just don’t want to do that.

So I could show you. Here’s a legal file. This is actually a small legal file, but you could see how thick it gets. This is actually just one of three, and this is a case I’m actually doing deposition on tomorrow, but you see, that’s just one of three. I have two more like that. So the cases get big and there’s a lot of work involved, but we’re not afraid to do that. It’s like climbing Mount Everest, one step at a time. We’re going to do it. We’re going to succeed. And we have succeeded. We just settled a case for nearly $2 million in December of 2021, and we got another one for a million dollars in a traumatic brain injury where the entire insurance policy was a million and they were actually saying they’re not going to pay it, and then we got them to pay the full million.

And I’ll do another video about that because it’s a very interesting case for a traumatic brain injury victim. It was a grandmother, it was a very sad story, but she’s recovering. And I think that money, that million dollars are going to help her.

So basically to end the video, I wanted to give one more example of how we actually did work with a lawyer from out of state. So I got a comment here on YouTube from somebody who needed a lawyer in Ohio, and I actually knew a lawyer because I did a trial advocacy program with a jury consultant, because I do a lot of continuing legal education, and this one was called Path to Mastery. And one of the other lawyers in the program, it was done over Zoom during the COVID pandemic, one of the other lawyers was from Ohio. So when the client reached out to me, I said, “Yeah, sure. I’ll do the case.” And at first, I emailed the lawyer. The lawyer was like, “Yes, absolutely.” The client retained that lawyer. So now that client, I believe it’s also a traumatic brain injury case, the client is being represented by that lawyer in Ohio.

And the lawyer emailed me afterward. He said, “Let’s get on a call. Let’s meet this client together. Let’s talk about the case. And if the case goes before a jury, let’s do the case together,” because I can get admitted, what’s known as pro hac vice. Since I’m in good standing in New York and Texas, you could usually get admitted in other states and then you can go together and do the trial together, coordinate who’s going to do what and form that kind of partnership.

That’s exactly the kind of thing that I’d like to do for you, for people who are seriously injured and have a case where either you’re just starting a case and you’re looking for a lawyer or maybe you have a lawyer and the lawyer is not calling you back. They’re not answering your questions. And like I said before, I’d be happy to answer your questions, but in order to do that, I can’t do it from a one or two-sentence comment on a YouTube video. I’d have to get your file. I’d have to review it.

So if you’re not happy with that lawyer, I’m not looking to take cases from other lawyers, that’s the last thing I want, but what I want to do is I want to help serious injury victims and their families, people that are not being helped by their current representation because ultimately, what is a lawyer? A lawyer is a guide, a guide that takes you by the hand and walks you along this path that’s known as the legal process. It’s like walking through the woods and it can get scary, and there’s a lot of tigers and bears out there known as the insurance company, the defense lawyer. There are those guys who videotape you with the cameras.

So I’ll walk you through that wood. But if your lawyer is walking you through that wood and you’re happy with your lawyer, that’s fine. But if the lawyer is not calling you back, if they’re making you walk through those woods on your own in the dark and they’re not guiding you and you have no idea what’s going on, give us a call. We’ll step in and we could take over the case. Or if you have a new case, we could step in.

And if it’s a place, let’s say, where I don’t have a partner, what I would do is I would do my due diligence. I would ask my existing network. I would research it. I would really do my due diligence to find the best partner. We just hired two or three more paralegals and two more attorneys here in New York, and we’re actively hiring because, we’re so busy, we’re growing our team. And so we would use our existing team of approximately 25 people and seven or eight attorneys to find you the best lawyer for your case.

So that’s about it. We’re just here for you. I wanted to explain the process. And please keep the comments coming. Let us know what other videos you would like to see, and we’d be so happy to record it for you.

Okay. Have a great day. Thank you so much for watching, and we look forward to helping you. Bye-bye. 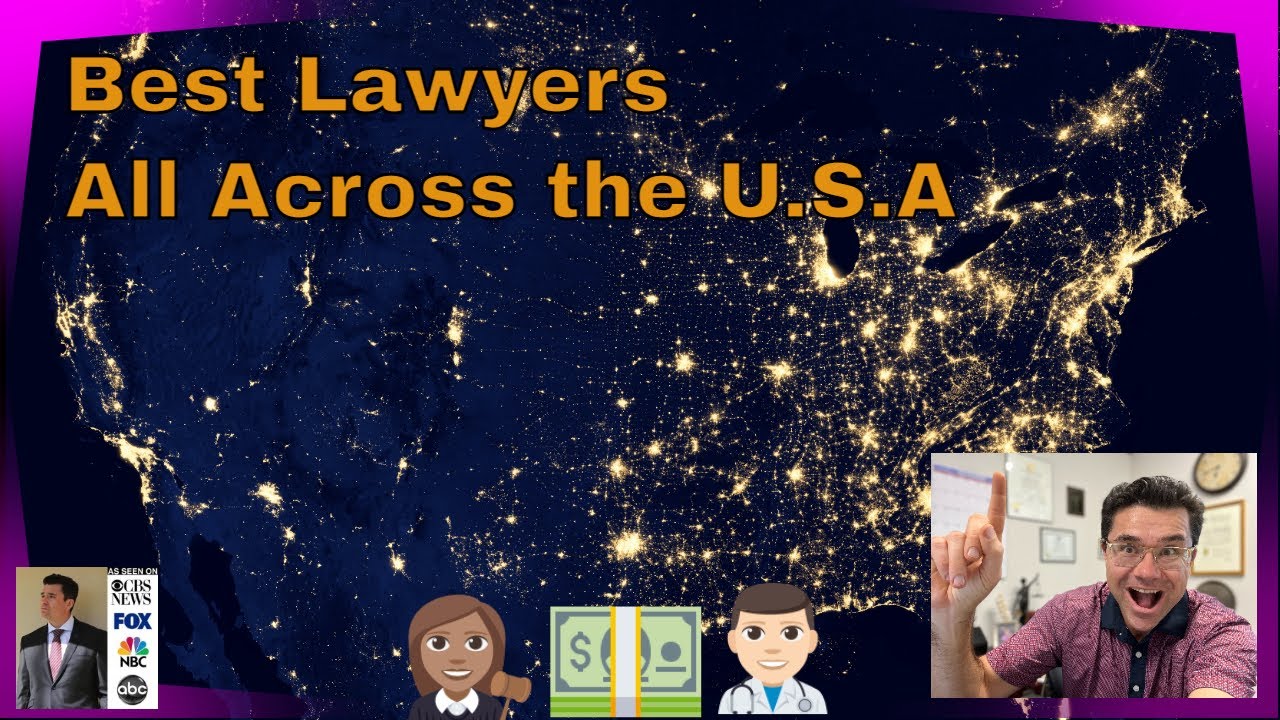