Hi everyone. Today, I wanted to talk about the no-fault system in New York.

As a client of Frekhtman & Associates, who was involved in a car crash, you probably have a lot of questions about your medical bills, who’s going to pay for them, your lost wages, and other potential reimbursements or monies that you can be entitled to. Well, New York is a no-fault state. What that basically means is that if you are involved in any kind of car crash, whether you’re a pedestrian, whether you’re a passenger, or a driver, it’s the vehicle that you are physically sitting in, that vehicle will have no-fault benefits for you. And if you’re a pedestrian, it’s the vehicle that hits you. That vehicle’s automobile insurance policy, whether it’s Allstate, Progressive, Geico will have up to $50,000 for you in, what are known as, first-party benefits.

Now, all that means is it’s just like health insurance. You go to your doctor, who accepts no-fault. And your doctor will then bill the automobile insurance carrier. And that carrier will pay your doctor, so you don’t have to pay. And it goes up to $50,000. And you can also we’ll get your lost wages reimbursed. You can get out-of-pockets like, for example, if you’re a pedestrian, you get hit by a car and it breaks your glasses, you can get that reimbursed. You can sometimes get reimbursed for trips, like an Uber trip, that you’re taking to and from the doctor that’s necessary. And if you have the endorsement in your insurance, you can also get reimbursed for rental car coverage, while your vehicle is being repaired.

So, those are just some of the things that you can get under the no-fault policy. And its statutory, meaning every car in New York has to have it and it’s always $50,000. Some people can get more coverage beyond the 50. So, if it’s a very serious injury and it’s going to cost more than 50,000 in hospital bills, surgeries to get you better, if you have that endorsement on that policy, you can then get more than the 50,000. But the 50 is the absolute same for everybody, it’s the law.

So, basically, the important thing to remember with the no-fault system is that because there is this system, because you’re getting this benefit of this $50,000, doesn’t matter who’s at fault. It’s usually the car that you’re sitting in, if you’re a driver, if you’re a passenger, that car will pay for all your medical treatment, that car’s automobile insurance. So, because of that, now New York then says, “We’re giving you this benefit and it’s by statute, it’s by law. So, because we’re giving you this benefit, the trade-off is you can’t sue unless you have a serious injury.” And they define serious injury with nine different categories. It gets a little bit complicated. There’s lot of case law precedent that interprets what is a serious injury.

But I can just say that if you have a fracture, anything broken, that’s serious. And also, the easiest way to meet the threshold is to get 90 days of medical care. It just means that you have to go two to three times a week for 90 days. And if you get that medical care, and you do your MRIs and your MRI show, for example, a bulging disc or a herniated disc, any kind of injury, but you’re also going for three months, two to three times a week for at least three months, some people go for four, six, until the insurance companies cut you off. Because what the insurance companies will also do is they’ll invite you, or force you to see their doctors, known as an IME, or an independent medical examination. It’s not really independent. It’s just the insurance company’s hired doctor, almost like a hired gun that’s going to almost always like 99.9999% say, “You’re better. You don’t need any more treatment,” and they’re going to cut you off.

So, you got to get your medical care in before they cut you off. And they usually do it around the 90 day mark. So it’s very important to get that three months of medical care, because if you don’t get it and you don’t have a fracture, now, there’s no way for us to prove serious injury. And what can happen is, if we file a lawsuit, it’s just going to get dismissed because of this no-fault system. So, that’s insurance law 5102 (d), and we’ll have some written resources about that on the portal as well for you to review.

I hope this has been helpful. Let us know if you have any questions. We’re here for you and I hope you feel better. Have a great day. Bye-bye. 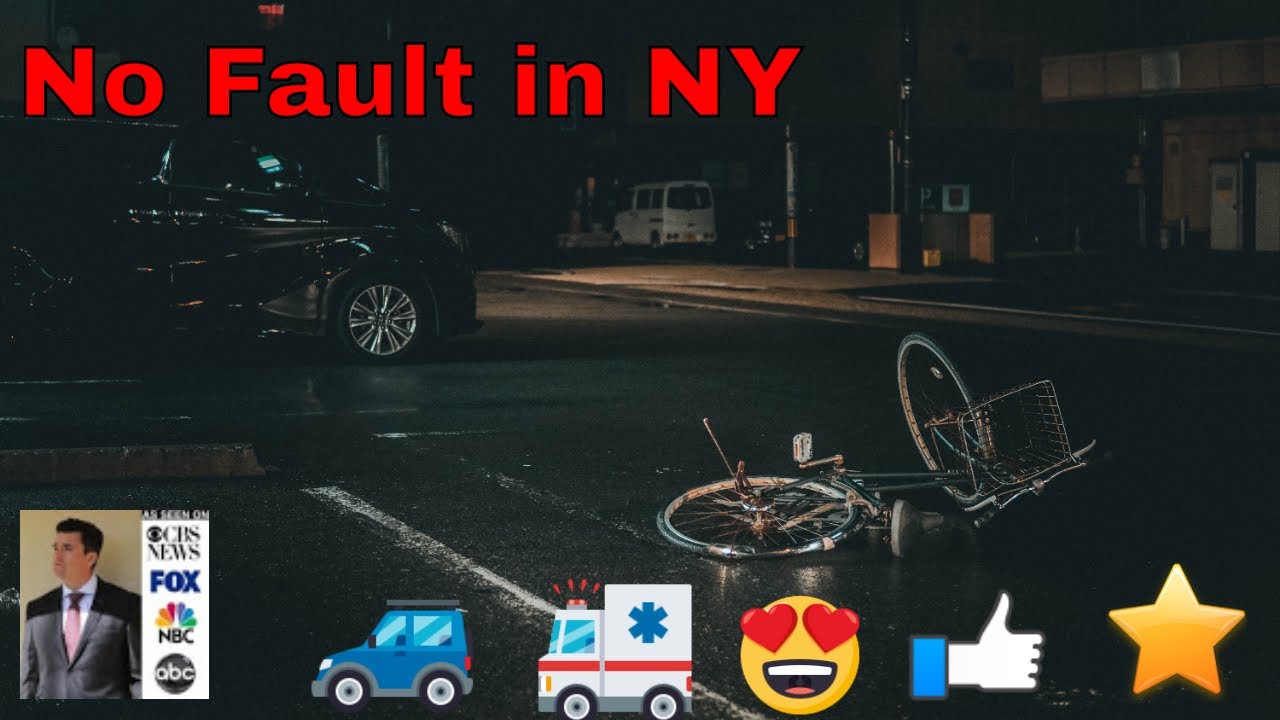