At present, several research studies have indicated that paraquat exposure can increase the risk of developing Parkinson’s disease for certain groups of people. While this illness can often progress slowly, no one wants to battle its agonizing symptoms. They can include loss of coordination, tremors, fatigue, speech difficulties, and other challenging issues.

Unfortunately, America is one of the few major countries that still use this pesticide. It has been outlawed in China, the European Union, and more than 30 other countries. During the past decade, new studies have linked this pesticide with a higher chance of later developing Parkinson’s disease.

If you believe there’s a strong chance that your current case of Parkinson’s disease is directly linked to your paraquat exposure, you should contact our law office right away. We can help you evaluate the facts supporting your position and discuss the wisdom of possibly filing a lawsuit on your behalf.

Here are some additional materials that explore the potential ties between paraquat exposure and discovering you have Parkinson’s disease. They include a look at the exact nature of this pesticide, who is most at risk of developing a debilitating illness due to its usage, how exposure to it is often treated, and other medical conditions that paraquat can possibly worsen. The most basic aspects of Parkinson’s disease are also described below.

What exactly is Paraquat?

This toxic chemical, also known as paraquat dichloride, is used as a pesticide to kill plants. It remains one of America’s most common commercial farming herbicides. Those who use or apply it must be licensed and safety certified. Paraquat cannot be used by regular homeowners, in common public places –or in residential areas.

You will rarely see the name paraquat displayed prominently on a container. However, it’s an active ingredient found in products like Firestorm, Gramoxone, Helmquat, and Parazone. The most common trade name for paraquat is the product Gramoxone; it’s manufactured by the company Syngenta. This product has been actively marketed for over 60 years and is used primarily for controlling weeds and handling crop farming tasks.

How can paraquat negatively affect the environment?

People can suffer both primary and secondary exposure to this pesticide. Primary exposure simply refers to being harmed after it has been directly applied to plants and land. Secondary exposure can occur once the sprayed or applied substance seeps into a well, the soil – or contaminates the air near people or animals.

Paraquat can also run off or be found in certain aquatic water bodies. Of course, once freshwater fish are poisoned, there’s a chance that humans might unknowingly catch and eat them, unaware of the possible dangers.

What are the symptoms of paraquat poisoning – and what kind of harm can it cause?

Most people first experience problems within their digestive systems, particularly if the pesticide was ingested orally. Here’s a list of the most common symptoms.

After someone has ingested large amounts of paraquat and several hours have passed by, even more threatening symptoms like those listed below may appear.

Even moderate ingestion of paraquat can cause lung scarring, and failure of the liver, heart, or kidneys. Sophisticated blood tests will normally be required to establish a connection between paraquat and one or more of these symptoms (and to rule out other conditions).

Those who ingest the highest amounts of paraquat will usually not survive. However, this is rare since the substance has been dyed a blue color and given a terrible odor to help alert people that they are about to swallow a harmful chemical. 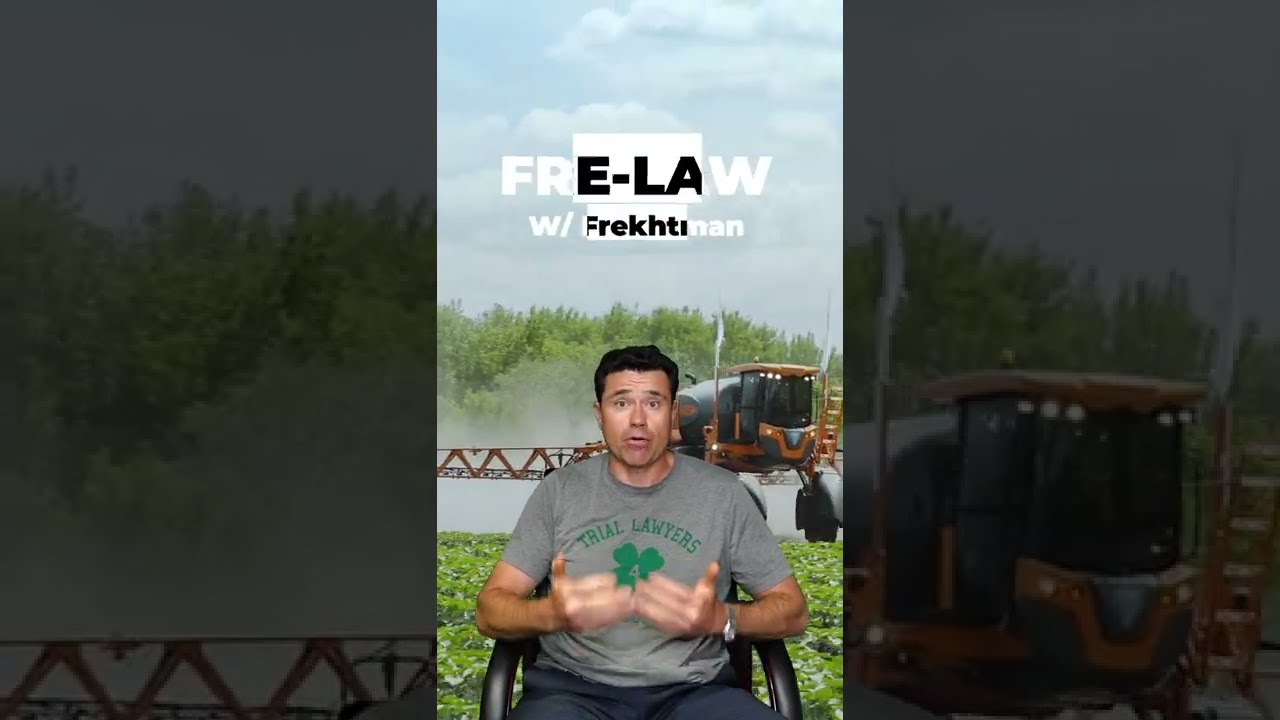 The ingestion of any poisonous substance will often increase a person’s suffering from various medical problems. If you’ve ingested paraquat, it can worsen your asthma, scarring in the lungs, or various forms of kidney disease.

What types of treatments are often offered to those harmed by paraquat exposure?

Treatment approaches largely revolve around how the person was exposed to paraquat. Obviously, if someone has swallowed this poisoning substance, all additional ingestion must be stopped immediately. Before a patient is sent to a hospital, an emergency clinic will likely administer activated charcoal or the substance “Fuller’s earth” to try and help bind the toxic substance, prior to vomiting.

NOTE:  If the exposed individual still has some of the paraquat on his/her clothes, they must be immediately removed. Such clothing should never be removed over the head; instead, it must be cut off the person’s body to limit further exposure. After fully washing down his or her body, the patient can then put on a hospital or clinic gown provided by a healthcare provider. A worker wearing gloves should place the contaminated clothing in a sealed bag. Once local health officials arrive, they should professionally dispose of the clothing.

for 10 to 15 minutes. Any contacts being worn on the eyes must be carefully removed

and placed in the bag with the contaminated clothing before it’s sealed.

Specialized training with poisonous substances is necessary prior to handle all treatment interventions. This is particularly true since administering too much oxygen can sometimes intensify the toxicity of the paraquat. Unfortunately, no real antidote exists for patients with paraquat poisoning. The local regional poison control center should always be contacted, especially if only a small rural clinic is having to provide all immediate help. (1-800-222-1222).

At present, the highly negative (and often deadly) consequences of a major paraquat exposure cannot be reversed.

What is Parkinson’s disease and how it can affect your life?

Over one million Americans currently battle Parkinson’s disease, a chronic neurological condition that causes the afflicted person to slowly lose nerve cells in the brain that produce dopamine, a crucial neurotransmitter. Over time, various symptoms may appear, including the following ones.

While all these symptoms may not be experienced by each Parkinson’s patient, they do present challenges. However, the strong support of family and friends – along with knowledgeable and sensitive doctors — can make a real difference as time goes by.

As the Mayo Clinic notes on its website, men are more likely to develop Parkinson’s disease than women. And while a small percentage of patients develop this malady when younger, it usually doesn’t first appear until mid-life years or later. In fact, it’s very common for it to first appear around age sixty.

Additional – often later — symptoms Parkinson’s patients may have to battle

Be sure to also check with your local county hospital’s psychiatric department to learn about the availability of outpatient therapy. Some neurologists might be willing to help you form an online support group. They can appoint a trained staff member or nurse to moderate such gatherings as questions and concerns are shared.