In our new podcast episode, Arkady is putting a value on a herniated disc across different car accidents!

Hi, everybody. Today, we’re talking about lawsuit value. It seems like a topic that all of you really love. Everyone wants to know how much am I going to get for my lawsuit? Like we talked about before, it’s sometimes hard to know exactly how much you’re going to get, but we could provide ranges based on our experience.

Today, what I wanted to talk about is car crashes. If you’re involved in a car crash and you have a certain injury, like a common injury after a car crash is a herniated disc with impingement, and that basically means that the disc in your back has ruptured and the jelly inside the disc from the nucleus is leaking outside the disc. When it leaks outside the disc, it touches the nerve roots and that causes severe pain.

Treatments for that include chiropractic care, adjustments, people get acupuncture. Sometimes it’s so painful they need epidural steroid injections, and that alleviates the pain. But then the pain comes back because that’s just masking the pain or putting medicine on it, like taking the Tylenol. Then they get percutaneous discectomies, or they try to use a Stryker decompressor to suction out the leak and make the disc a perfect circle again, without the leak.

Those cases are worth much more, sometimes $300,000, $400,000, even $500,000 and up. Then if that doesn’t help, the final option is usually a fusion surgery where the discs get fused and the vertebrae get fused to each other and they have to drill and do Autografts and they get very, very, very long and painful surgeries. That’s a very, very extensive procedure. Those cases go for $1M or more.

Today I wanted to talk about a basic injury. Let’s say somebody has a herniated disc and they have just soft tissue, herniated disc. They haven’t done anything for it. But they’re involved in different types of car accidents and which accident would yield usually the most money based on our experience and our past dealings with different insurance companies and different scenarios?

For example, if you have a herniated disc and you get hit by a private car, it really depends on the insurance policy, the company, and the policy. For example, if you get hit with Allstate with a million policy, you might be able to settle that herniated disc, even if your client doesn’t have any surgery or an injection, just let’s say four or five months of treatment, but they have that painful herniation confirmed and it’s leaking and there’s radiculopathy and the leaking disc is touching the nerve roots and causing pain.

I would say that case could be worth $20,000 and up as a soft tissue case. Now, if you have a case where it’s the same insurance company, Allstate, but there’s only $25,000 in policy limits, now it’s going to be less. Because the insurance company‘s not going to give you $20,000 because that’s almost everything they have. They’re probably going to offer you more like $7,000. Maybe you can get them up to $12,000.

But they’re going to be in that ballpark because now they’re thinking, “Well, go ahead, file a lawsuit, take me to trial. You’re going to spend like $5,000 or more just for your doctor to come in and testify. So that’s going to knock you down to $20,000 right away. Plus to get to trial is going to take you a year or two or more.” Basically, that’s how they’re looking at it. They’re assessing their own risk and they’re looking at it from their perspective of saving money. Just so you understand.

Now, if it’s the same injury, that herniated disc, but it happens with a commercial vehicle. Let’s say it’s a tractor-trailer, a 16 or 18 wheeler. Well, now I think they’re going to offer you more money because there’s more exposure. Those tractor-trailers usually have millions in insurance. If a tractor-trailer hits you and you have a painful herniation, they’re scared that you may get a percutaneous discectomy or a fusion and turn it into a $1M case.

They’re also scared of exposure. Even if you go to court just with a herniation and a jury may allow for $500,000 because you show how painful it is and how debilitating it is and that it is a forever injury and it’s really affecting you. Because they want to limit the upside, they might offer you like $100,000 just to get rid of it because they don’t want to take that chance of a verdict against them.

Then, if you’re on a motorcycle and you get hit by a car, you tend to suffer more serious injuries. But let’s say you just have that herniation. Well, with motorcyclists, I would think you would probably be entitled to a little bit more because there’s no no-fault coverage. Meaning you don’t the benefit of health insurance. A motorcycle injury victim could recover all their medical bills, all their out-of-pocket expenses in addition to the pain and suffering. That could make it a little bit more or substantially more, depending on the cost of the medical care.

If it’s a bicyclist, usually you do get entitled to no fault. But I would say a bicyclist, depending on the type of vehicle that hits you, if it’s a commercial vehicle, you’ll definitely get more. Pedestrians, also, I would say pedestrians from what we’ve seen, usually get more than occupants of vehicles because pedestrians are more exposed. They are likely to get more hurt, but even if it is the same injury, just that herniation with impingement, no further treatment, I would still say a pedestrian, especially if you’re in the crosswalk because that’s considered a real safety zone to be in that crosswalk.

And if a vehicle hits you in the crosswalk, they’re 100% at fault. I would say you would definitely get more, probably over $100,000. I hope this has been helpful, just talking about the same injury, but different methods of how it can happen. Whether it’s a commercial vehicle, a truck, a motorcycle, a bicyclist, a pedestrian, and then different types of defendants you’re going up against. Sometimes you’re going up against a pro-private vehicle that only has $25,000 in coverage.

Another major factor is the insurance company that you’re growing up against. Some companies are known to be super cheap and they pay nothing until you pick a jury. You know that you will get fair value, but you have to get to a jury, which could take two or three years. Other companies might offer you a small amount, like, I don’t know, $5,000 and say, “Look, if you don’t take it, we’re going to make a threshold motion because you have to prove a serious injury in New York. And if you’re not able to prove a serious injury, we’re going to dismiss the case.”

Then you have a choice of either taking the small amount, negotiating for the top number you can or getting your affidavits of doctors together to defeat the serious injury motion and then try for more are at trial. That’s usually how it works. But for the most part, I would say all those cases with company cars, commercial vehicles, trucks, box trucks, garbage trucks, Amazon vehicles, Ubers, anything that’s commercial, is going to be higher value because you have $1M or more.

Then all of the private vehicles are a little bit harder because of that serious injury threshold and the fact that, because if it’s a $25,000 policy, they’re just not going to offer you everything they have. They’re always going to try to save money. I hope this has been helpful. Let us know what questions you have, and we’ll be happy to do a video answering your question. Have a great everyone. Bye-bye. 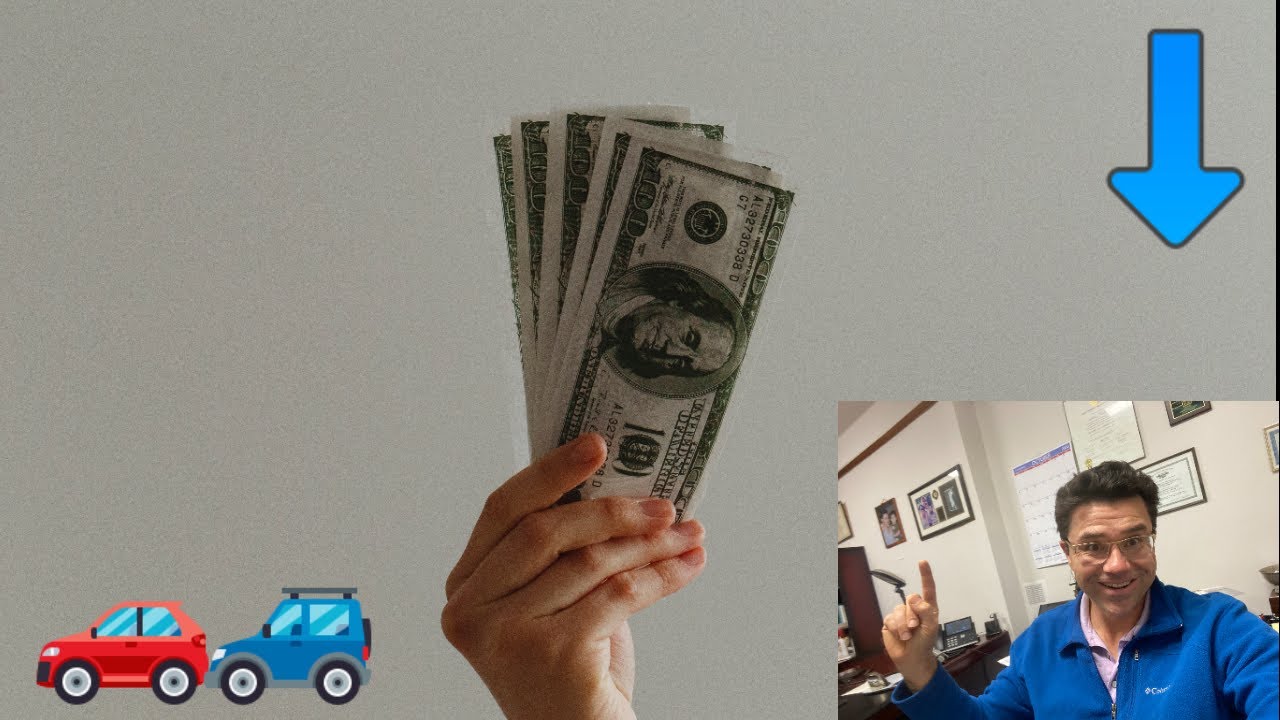