How Much Is The Settlement For Herniation? A settlement for a bugling disc can range from $40,000 to over $1 million – Let’s discuss it in the video and also talk about MRI Diagnostic in the case of Bulging Disc.

Hi everybody. This is attorney Arkady Frekhtman from New York City and today I’m answering your FAQs, frequently asked questions.

Today’s question is actually a really good question and very insightful and it comes from a user named DJ Bouchy, He asks, actually, it’s two different questions, but the first question that he asks deals with his MRI and what he was told by doctors. He was hit by a truck, I think he was driving a truck and another truck hit him, meaning a large 18-wheeler. And he didn’t mention where the incident occurred but he did say that the doctors told him that he only had a bulging disc and that is because the MRI film and report read by the radiologist showed a bulging disc. But then when another doctor looked at it, he thought it may be a herniation or it could be a bulge, he wasn’t sure. But when they finally had to do surgery and the surgeon went in there, the surgeon said it was in fact, a large herniation. And so the client asked, which one is it? How come different doctors are telling me different things?

The reason is that an MRI is known as magnetic resonance imaging, it’s a film, it’s kind of like an x-ray but it’s done with magnets and the magnets will create an image. You lay on the MRI machine and then an image will come out, a film, a radiologist will review the film, and then they’ll give their interpretation of what they think the film says. So different radiologists could say different things. One could say I see a herniation or a bulge, another one could say there is no herniation it’s only a bulge and a third can say, you know what? I don’t see anything here, there’s nothing here at all. So it’s open to interpretation and that’s important to understand.

Also sometimes the movement of the patient inside the MRI machine will cause the MRI not to be very good. And it depends on the level, right? There are different types of MRIs. There’s one point tesla, which is cut kind of weak and so it’s not so good. A 3T MRI, a three tesla, is very strong, a very strong magnet, that’s what they use for a traumatic brain injury, for example, 3T MRIs. Those do show a very good level of detail. But sometimes MRIs are wrong. A doctor might think an injury is X, but then when he goes in there, another doctor goes in there and does the actual surgery he actually sees what’s there because it’s called intraoperative. He can do intraoperative photographs or just intraoperative visualization because he is actually doing the surgery and he’ll type it up in his operative report. So, that’s always going to be better.

And then the second question was, how much do you think the hernia case is worth? And he mentioned a bunch of pain management procedures. And I think there was a radiofrequency ablation, epidural steroid injections, there were a lot of different procedures. And so it’s hard for me to say because he didn’t mention where it happened, like what venue, whether it’s New York or another state, and what venue, so it’s hard for me to say. Maybe he’ll comment back and let me know or text me, I welcome that. I’d be happy to give you my valuation. But I think usually, I mean if it’s a million-dollar insurance policy and he did have all those pain management procedures and it sounds like he’s been treating for about a year, and plus he had that surgery, which he called a disc replacement surgery, I don’t know if he meant a fusion surgery or an ACDF, anterior cervical discectomy infusion. If it’s that surgery, then definitely you’ll be able to make a million in most jurisdictions, definitely in New York because that’s very serious surgery. Like we just had a case with a truck accident with that kind of surgery where we settled it for two and a half million. So it could be a very, very big case.

But, if it’s a different kind of surgery like if it’s just a discectomy because different people can refer to the same procedure in different ways. Just like a herniated disc, some people call it a protrusion, some people say a herniation and it’s really the same thing it just means the disc is outside the wall of the disc, the jelly inside the disc is now leaking outside and it’s touching those nerve roots and that’s what’s causing pain.

So I hope this has been helpful. I was trying to answer frequently asked questions. I thought this was a good question because that could be confusing to somebody who was injured in a car crash, how come one doctor’s saying it’s a bulging disc, another doctor’s saying no it’s a herniation, then someone else is saying no it’s a bulge, then the surgeon’s saying something else. So it does get confusing. But usually, a herniation and a bulge are very similar by the way, like a herniation is when, if you think of it as a jelly donut, if you really squish that jelly donut and the jelly inside plops completely out of the donut, that’s a herniation. But if the Jelly’s already leaking and it’s on the wall and it’s already starting to come out and the wall is breaking, but it’s just the wall is ball bulging, that’s a bulge. So they’re very similar. A bulge is just the wall is bulging and a herniation is the wall is bulging but it has a hole in it now, it’s bulging so much that it like has a rupture or a tear and the liquid is starting to leak out and touch the nerve roots.

So I hope this has been helpful. Let us know what questions you have and maybe we’ll do a video for you and answer them either on a video like this, or we could answer them live. Have a great day. Talk to you soon. Bye-bye. 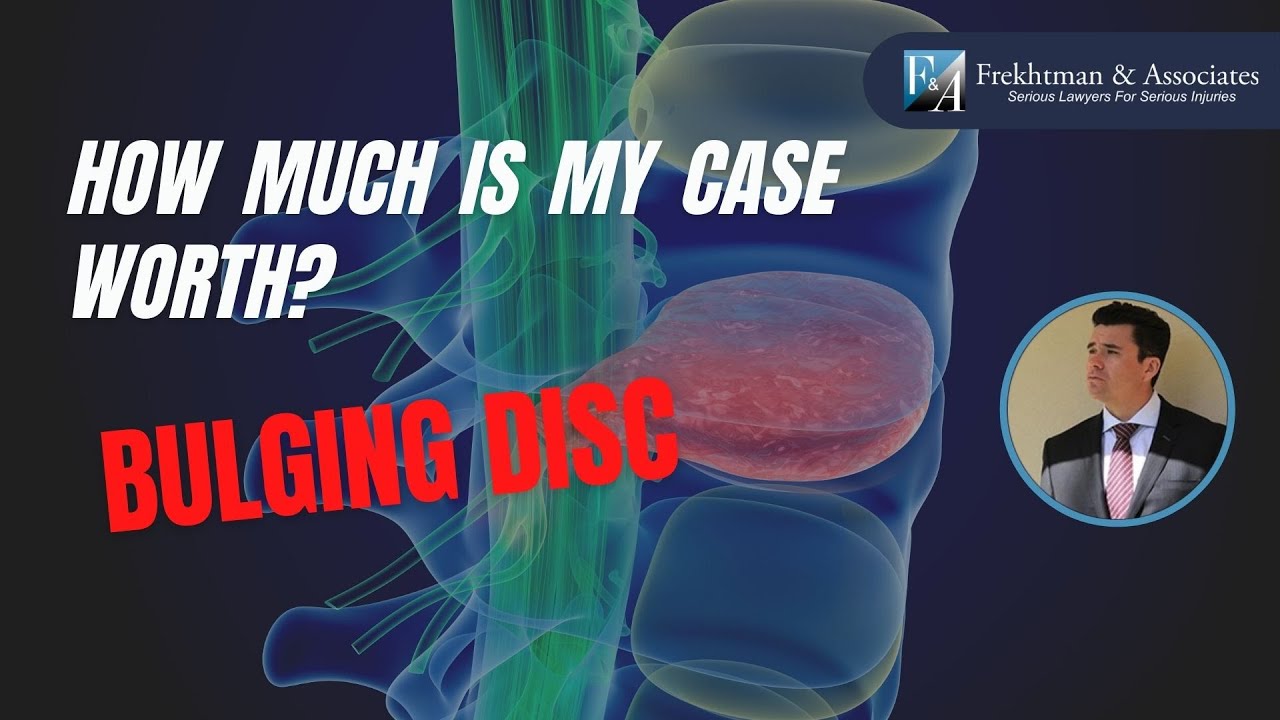