This week Personal Injury Settlement FAQs on Trial Stories: Skateboarder vs. SUV Crash….answering your questions and all comments

We got an interesting question just yesterday from one of our viewers and he said that he was on a skateboard in a parking lot and he was hit by a SUV, he suffered a serious injury, including a fractured leg. He mentioned in the comment that the SUV was ticketed for failure to yield to his skateboard, to him as a pedestrian or as a rider on a skateboard and that he was also ticketed, or at least cited, for failure to yield to the SUV.

His question was, could I receive a settlement in case of a skateboard accident with a car? The answer would be, yes, you can, because if both parties, both vehicles are at fault, now you can receive a settlement because the person on the skateboard maybe should have seen the SUV and should have slowed down. But then the SUV and the driver of that vehicle have the duty to see what there is to be seen, has a duty to yield to pedestrians, to bicyclists, to people riding skateboards. And depending on how the crash happened, where it happened, obviously if the skateboarder is in a crosswalk and he’s crossing in that parking lot, because some malls have crosswalks in parking lots, that would be favorable to the skateboarder.

If the skateboard’s coming around like a curve at a high speed and the SUV’s already in motion and he comes in from a blind spot, well then obviously that would be favorable to the SUV. So we don’t know all the facts, but the way these cases usually play out is that you get the testimony of both drivers; the skateboarder and the driver of the car. You get their testimony in a deposition and a stenographer actually writes down every word. You go to the scene, you take photos. Sometimes you have surveillance video that can capture the actual crash, which is very helpful, but that doesn’t happen all the time. Sometimes you get dashcam videos. Whenever you have a video, that’s very, very helpful.

But like I said, it doesn’t happen all the time. So usually you get the testimony of both parties and then you just do your own due diligence and you do your own research and you make your own arguments. But fundamentally, it’s just a duty to see what there is to be seen and then, of course, all of the vehicle and traffic law and the rules of the road like you have to stop at stop signs. You have to yield if you would have the right of way, all of the rules that basically that everyone took when they took their driver’s test and similar. Of course, different localities have different rules. In New York City, we have local ordinances and then they’re New York state vehicle and traffic laws.

So what happens in that situation? Well, what if the jury then says, you know what, he did have a fractured leg. This is pretty serious. I’m going to allow for $200,000. What happens is, the skateboarder could only obtain $100,000 because obviously, the skateboarder cannot recover for his own 50% share of fault. So the 200,000 is the verdict, but because there’s only 50% liability on the SUV, the skateboarder receives 100,000, still a substantial amount of money. That’s just an example. It could be more, it could be less, but that’s just how it gets a portion and how you get the actual money if there’s a liability situation of 50/50.

Now, of course, it could be something else. 60/40, 80/20, it could be anything, 1/99. But in New York, you get what’s known as comparative. So you still get paid. In some states, you have to be at, I believe 51%, and if you’re not, then you get nothing. So you have to show that the defendant is at least 51% at fault or more and if you can’t show that, then you get nothing and that’s a different kind of law. I believe that’s called contributory. But in New York, we don’t have that. We have comparative, so it’s whatever the jury allows for.

So please make your comments specific, so that our response could be more personally tailored and could be interesting for you, as well as for other viewers.

Have a great day, everyone. Bye, bye. 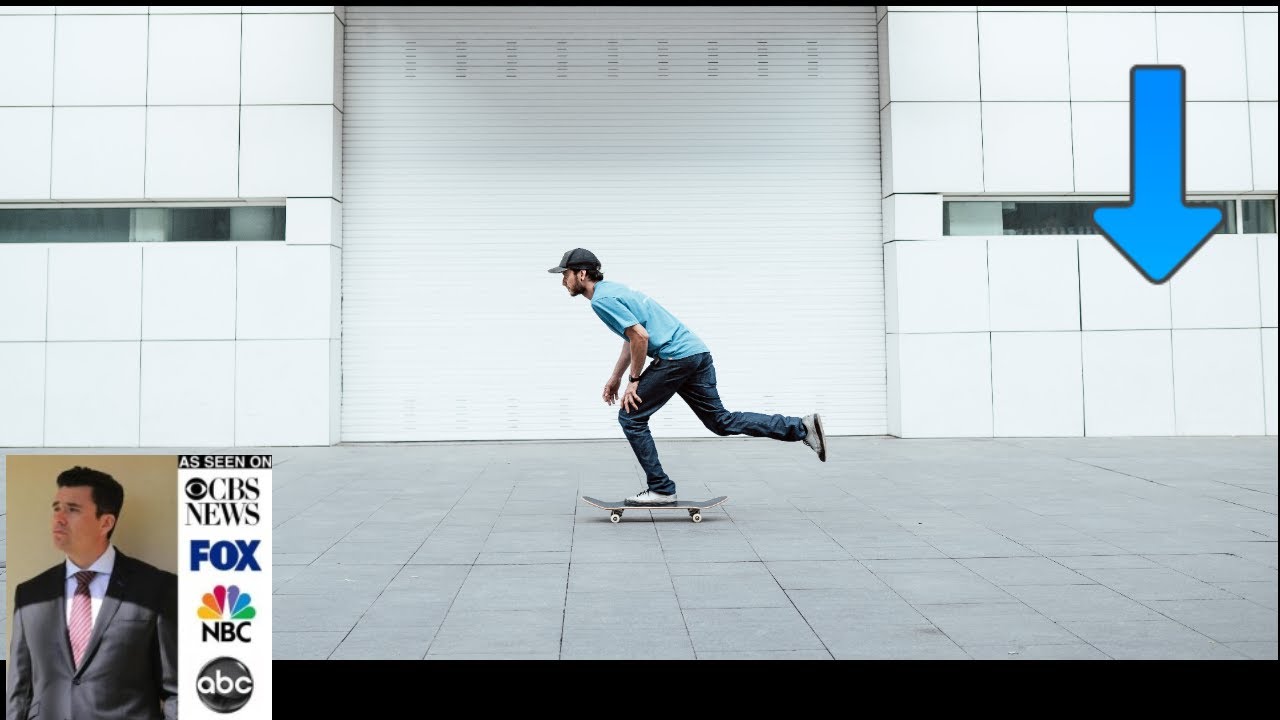