Today I want to talk about commercial vehicle accidents in the New York City area.

So to start, a lot of clients ask us, “What is a commercial vehicle?” And a commercial vehicle is just any kind of motor vehicle or car that’s being used for business purposes. So if an employee is driving a van or a box truck, and he’s doing so on behalf of his or her employer, what’s known legally as being in the course and in the scope of employment. Basically working. If the person is working in a work vehicle and gets into any kind of crash, that’s a commercial accident.

And then clients also ask, “What is the law with respect to commercial vehicles?” Now with respect to the actual crash itself, the vehicle and traffic law applies, so it’s the same as most other car accidents, whether that car is owned by an individual or owned by a business. The law is the same. You have to follow the rules of the road, such as turning safely, keeping a safe distance, obeying stop signs, and traffic control devices. But where it differs with respect to commercial vehicles is when you get to issues of standards and statutes.

Now with respect to standards, commercial vehicles have certain standards known as industry standards. For example, a company may provide certain training to their employees about safe driving. And if those employees then violate that training that they receive, whether it was in their onboarding or in classes that they take, that could be a basis for liability.

And the other major area with commercial vehicles is statutes because sometimes there are certain statutes that only apply to commercial vehicles. For example, with trucking, there are different kinds of trucks. There are box trucks, there are 18 wheelers, there are tractor-trailers, and the federal motor carrier safety act applies. And also the code of federal regulations apply. So you can sometimes rely on that statute or regulation to then prove a violation. And oftentimes if you can do so, you can prove negligence as a matter of law, because certain rules, when violated, trigger the jury charge that the judge tells the jury, “If you find that they violated this statute, you must find that they were negligent.” And then the jury doesn’t really have a choice anymore. Whereas when you have a regular case, like when you just have let’s say he said, she said, like, “I had the red light,” and the other driver says, “No, I had the green light,” and then it’s just he said, she said, type of car crash. Well, now the jury can decide either one is at fault. We don’t know who was negligent. Whoever is believable. So here it’s a little bit different because you get into the regulations and statutes.

And then people ask … The third frequently asked question that people ask with respect to commercial vehicle accidents in New York City is what if I was hurt? What damages can I obtain? So if someone was hurt in a commercial vehicle accident, the damages that they can obtain are usually pain and suffering, loss of enjoyment of life. Those are non-economic damages, meaning they are human damages. The pain, the suffering, the things you can’t do that you used to do before, how it’s impacted your life, how it’s impacted your family’s life. And then also you could obtain economic damages.

For example, the cost of medical care, the cost of future medical care could be large if there’s a serious injury. Someone may need a long-term life care planner or a long-term care facility. And that cost of care, whether it’s pain management, epidural injections, surgeries, just prescription medications, physical therapy, nursing home care could be very, very significant over the course of your lifetime. Especially a young person who will need it for 10 or 20 years, or even longer than that. So to prove that you need a doctor to give you the opinion of how long that’s going to be needed, as well as an economist who could then talk about the cost of the care. And then the other thing that you could obtain with respect to damages are economic damages, such as lost wages. And those are known as economic damages.

So what should you do if you were involved in a commercial vehicle accident here in New York City, whether it’s in the Bronx, Queens, Staten Island, what should you do? Well, a lot of lawyers say if you were involved in an accident, you should call us. And to be honest, to be brutally honest, I think that if you were involved in a commercial vehicle accident in New York City, you should call one or two or more attorneys and you should find the lawyer that’s right for you because there are certain law firms that are smaller that can give you personal attention. We pride ourselves on being a smaller law firm. We have about eight attorneys and 20 people all together where we could give you that personal attention, and we don’t take on too many cases. We work up really serious commercial vehicle cases. We just had a recent case settled for 1.8 million and another one for three million. So we really work them up for the maximum.

But a lot of other firms could be bigger and they might have more people. So they might have more people available to you. But on the other side, maybe you get caught as a cog in the machinery and you just get more of an assembly line experience. And some people don’t like that. Some people prefer a bigger firm. So it’s up to you. So it’s always good to get a consultation and decide what’s right for you.

So I hope this has been helpful. Let us know what questions you have about commercial vehicle accidents or anything else. And we’re here for you. We’d be happy to help. Have a great day everyone, and bye-bye.

Every case has its own set of problems and it’s really important to have an expert go through them and to guide you and to be able to recover the absolute maximum compensation, depending on the specific circumstances in your case. If you have any questions we welcome a phone call, an email, a chat, and we’d be very happy to help. 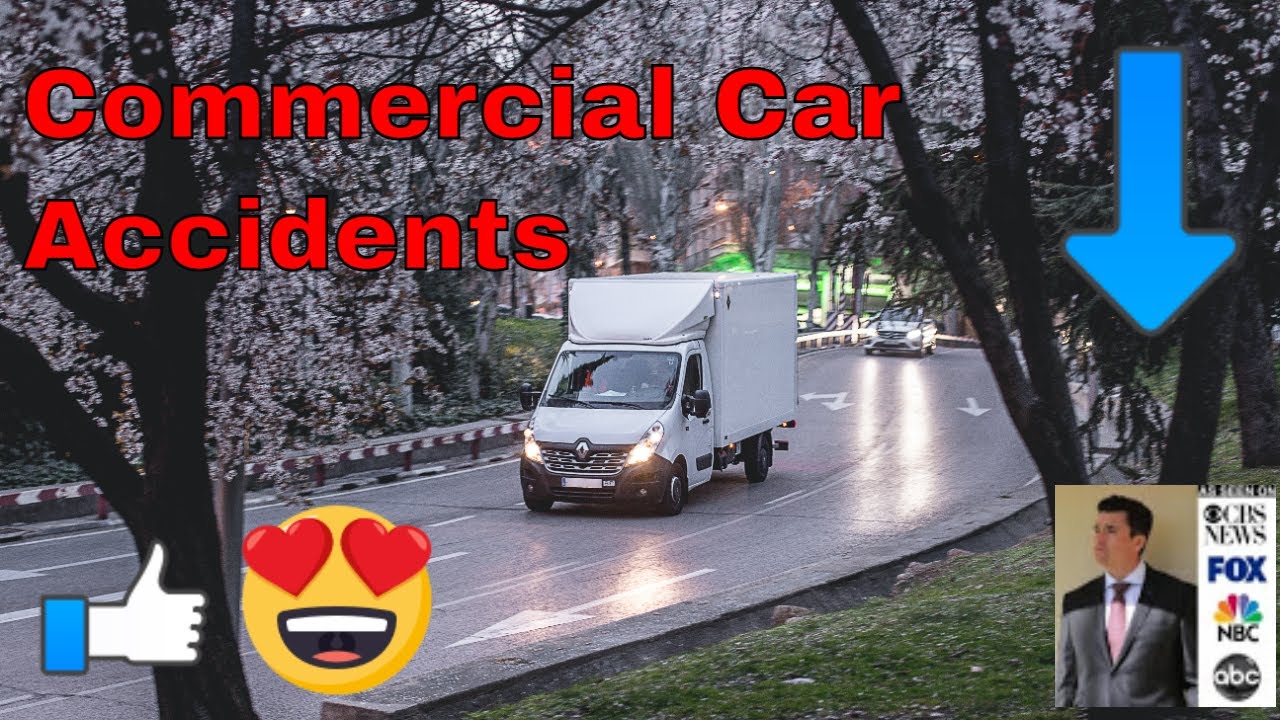