Today we’re talking about slips, trips, and falls specifically due to weather. So do you have a case?

Hi everyone. This is attorney Arkadi Frekhtman from New York City. And today we’re talking about slips, trips, and falls specifically due to weather. The weather has gotten colder. It’s 40 degrees in New York now, and a lot of people may be falling in the coming weeks due to rain, snow, ice, and other weather conditions. So which weather condition is a plaintiff allowed to sue and recover money for? And which weather conditions are just not legally actionable, where you cannot get anything? Well, I think an important distinction really depends on where the incident happens and how it happens. So for example, if someone falls due to ice, if the ice shouldn’t be there, for example, we just had a case just last week that we settled for nearly $2 million. And we got that much money because the ice was not supposed to be in a walkway in a parking lot to an apartment building.

And the gentleman was walking his grandson to the school bus and the sidewalk, but he had to go through the parking lot and there was black ice there and they had a big pile of snow that they left there and it hadn’t snowed for six or seven days. And the pile was just left there and it was melting when the temperature got a little warmer during the day. And then it was refreezing when the temperature got colder at night, and then there was black ice that he couldn’t see and he slipped early in the morning, like 6:00 AM and he sustained a serious injury. He needed to have spinal surgery, a fusion. And then we workshopped that case, we did a few mediations, we sent settlement opportunity letters. We really fought with the defendants. It was the pandemic. So we couldn’t go to trial, but we were on the trial calendar.

And finally, it resulted in a settlement of $1.7 million, nearly $2 million. So that was an example of when you can sue because the ice should not have been there. Now there’s another case where let’s say, for example, someone is walking out of a public building like a school and they fall on the steps. Let’s say they’re like 10 steps from that school, but it’s raining at the time of the incident or it’s snowing at the time and there is actual little ice or wet spots, and the client slips because of that. Well, now you can’t sue because there’s a storm in progress doctrine. And what that basically means is that the defendant does not have to clean the snow, the ice, or the rain puddles while the storm is in progress because it just wouldn’t make any sense. I clean up the ice, but then more ice is falling from the sky. 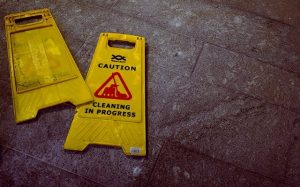 So what’s the point? So the way it works in New York is when all the precipitation stops and there’s no more snow falling, then the landlord has four hours from when precipitation seizes, it’s an administrative code, they have four hours and they’re supposed to, at that point, clean. So those cases can be actionable. We had another case where a gentleman was walking to work and he slipped and fell also on ice in front of a building, but it had not snowed for like two or three days, and all the other buildings were plowed. All the other houses were plowed, but this particular building wasn’t and he slipped in front of that building and he sustained a really serious fracture of his leg, an open reduction internal fixation, where they had to put in plates and screws to fix the fracture in his leg.

He was a young man and the defendants didn’t want to pay and we had to take it to trial. But during the trial, we won a liability verdict, putting them at fault, and then at that point, I believe it settled for $550,000. So it was over half a million dollars on that case. So those are examples like a storm in progress you can’t do, but snow and ice in areas where it should not be like in a walkway, a parking lot, maybe a public sidewalk, those are good cases. And then what about indoors? Like weather can get indoors, for example, in a school if there’s tracked in rain. Well, we had a case in February of 2020 that we settled for 1.4 million. And there, there was tracked in rain from people just going back and forth inside a building. And we argued that the school should have known that at 3:00 PM, all the kids are going to leave, the parents are going to come to pick up the kids.

Well, that was an important time so they should have prepared for it. And they had a custodian and the custodian had employees, janitors, porters, they had mops, they had buckets. They had those non-slip surfaces that they were supposed to put so people wouldn’t slip and yet they didn’t use any of their tools and they violated their own policies and procedures. And when you get that, then you have a strong liability case. And so that case was tried, I believe it was a three-week trial from January until February of 2020, and it resulted in a settlement of $1.4 million. But the bottom line is when all these cases with the weather, with slips, trips, and falls, they all come down to notice and you have to prove that the defendant either knew about the condition because they were actually notified.

You tell them, “Hey, you have a puddle here or you have ice here.” Or if it’s a ceiling collapse, you could say, “Look, the ceiling is cracked and it’s leaking a little bit of water.” And then if the ceiling collapses on someone and injures them, you put them on notice. The other way is constructive notice. If the condition just exists for a long time, as ice could exist for a day and it shouldn’t exist for a day, it should be cleaned up. So the fact that it exists is constructive notice wherein the landlord or the management, the people responsible should have found it and should have fixed it. And then the third way is caused and created. If they are the ones that created the condition, if they create the condition, the danger, then we don’t have to show any other type of notice because they created the very danger that is the subject of the injury and the lawsuit.

So that’s usually how slip and fall cases work. I hope this has been helpful. If you have any questions about weather-related slips, trips, or falls, let us know. We’ll be happy to answer your questions and give you a free case evaluation. Okay, have a great day everyone. Talk to you soon. Bye-bye.

Get Legal Help in New York For A Slip And Fall 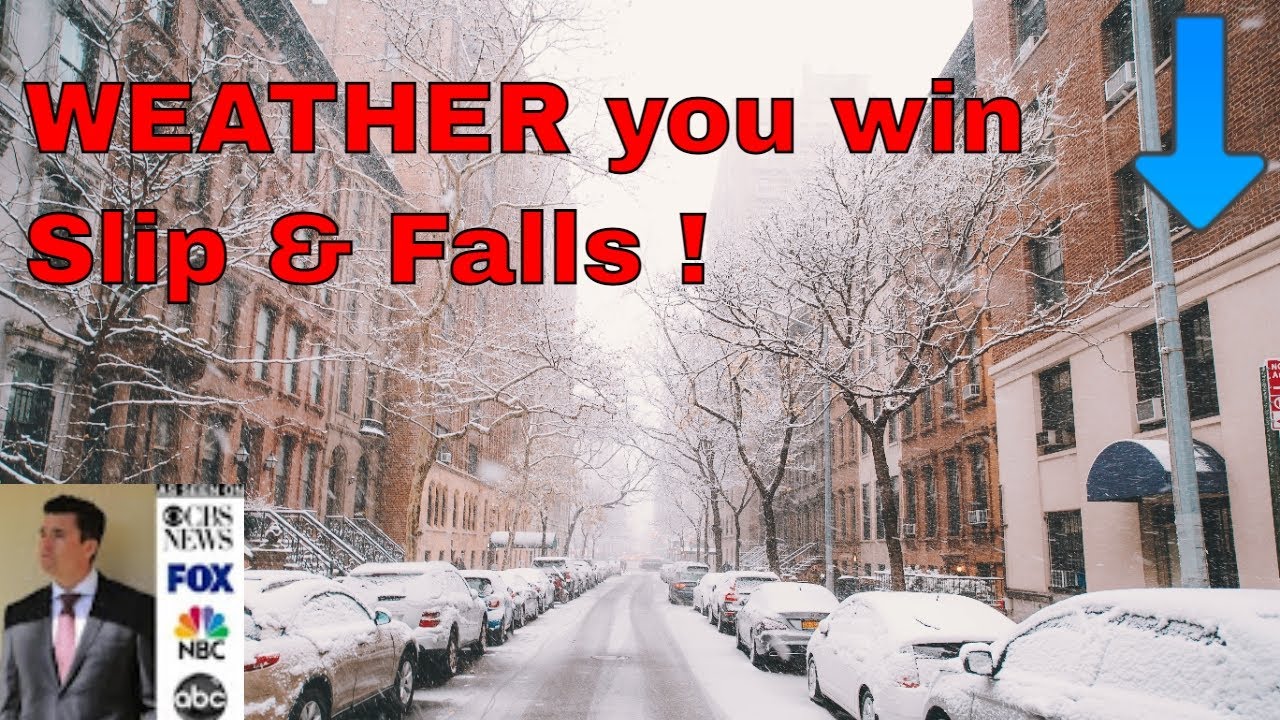