EP 09 S 06: What Should I Do If I Was In A Construction Accident

EP 09 S 06: What Should I Do If I Was In A Construction Accident

What Should I Do If I Was In A Construction Accident, we break it all down in this episode

Hi everybody. This is attorney Arkady Frekhtman in New York City, personal injury trial attorney. Today I’m asking an FAQ and that is, what should I do if I was involved in a construction accident? 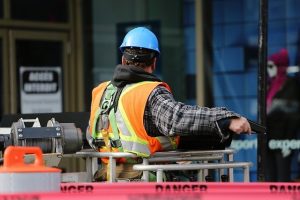 I think the best way to answer this question is to talk about what you should do on the day of the incident.

Let’s say you had a construction accident, you fell off a ladder, a scaffold, you tripped and fell due to debris or poor housekeeping in a passageway. What should you do the day of the incident and what should you do in the first, let’s say, three to six months following the incident.

So turning to the first part of it, what should I do the day of the construction accident? I think the important thing to do is to take pictures of the scene where it happened, either you or your coworker, if someone else could help you do that, take pictures of the site. What was the dangerous condition that caused you to fall? Take pictures of your injury.

Of course, the number one thing you have to do is get medical care of some type. Today with COVID, some people aren’t comfortable and able to go to a hospital, depending on which hospital and the capacity. Some people go to urgent care. You can go to a private doctor. Later on, if you’re not able to go physically to a place, you can just use telemedicine later on for some of the treatment, but it’s important to get therapy right away, some kind of medical care.

Make a little bit of a report so that the incident is transcribed and that it’s confirmed that it did happen. Like I said, if you have witnesses, there could be different types of witnesses. There could be witnesses to the incident, meaning they saw you fall off a ladder or scaffold. That’s helpful, but the other thing that is very helpful is getting witnesses to the condition. If there was an unsafe condition, let’s say a ladder was being placed on an uneven surface, and that surface had a little ditch or a rivet in the concrete and it was uneven, or maybe the ladder was broken, it was an unsafe ladder. It didn’t have the proper footings underneath, and so, that ladder has been at the site for months or weeks or some type of a long time before you fell or that rivet, whatever it is in the ground, has been there for a long time too. 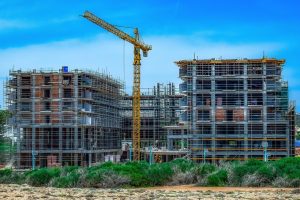 So you could be a witness saying yes, but it’s not good for you to be the only witness. So if you have a friend, a coworker at the job site who could confirm that and could say, yes, I’ve seen that little hole in the concrete. Yes, I know that ladder was a wooden ladder and they were supposed to use metal ladders. It was an improper ladder for that job and it didn’t have the footing that it’s supposed to have. Now that’s much more powerful. So when constructing all these things like what to do, what should I do, you have to really think about what the defenses will be, because a lot of the times, in terms of liability or the question of who is at fault, what are the common defenses that we see when litigating these cases? What are the other side, the insurance company, and the defense lawyers, what are they going to say?

Usually, they say things like, Oh, this was unexpected. This was unforeseen. There’s no way we could have predicted this or, we just didn’t know about this. We didn’t know there was anything dangerous, nobody complained to us. Or they might say something like, Well, you’re just lying. This never happened. You were never hurt that way. You’re just making this up to try to make money. You know, lawsuit, lottery kind of defense, or they could say, well, how come nobody else got hurt? Well, that wooden ladder, even though it was wobbly, even though it didn’t have footings, even though we placed it on these holes, we’ve been using it for five years and no one else got hurt on any other job sites. So there must be something wrong with you, but it’s like stepping on a landmine.

Now, what should you do in the first three to six months of a construction accident? Well, in the first three to six months, it’s important to do an investigation. Find out all about that construction site. Have there been prior similar incidents? Are there other witnesses you can contact such as former employees? Oftentimes when we do depositions, we depose the defendant, and the defense, let’s say ABC construction company, gets to pick which witness they’re going to produce. So they just produce a spokesperson, a company man, or a company woman, and they’re just going to say, oh, we’re the best. ABC construction is so safe, and it’s just a talking head for this corporation.

So what you want to do is get a witness who maybe was a former worker who got fired or left, and who’ll tell you what’s really going on at that company, the truth. But to get that, you’ll peel back several layers of the onion and it takes a little bit of work. It takes a little bit of in-depth investigation. You might have to get private investigators, do searches online through the DAP portal, through the Department of Buildings, send people to the site to canvas, interview people. So it’s a little bit of work, but I found that former employees are very helpful.

Prior, to similar incidents, people get hurt because of the same danger, that’s very, very helpful, and it’s very persuasive to a jury. Speaking to before and after witnesses, so people who have known you as a plaintiff, as an individual before this happened, what kind of things you were doing, and that know you after and how your life has changed, and these don’t have to be family members or close friends. They could be neighbors. They could be people you interact with like your dry cleaner, your mailman, your coworker at work. That’s very powerful because these people don’t have any skin in the game. Why would they come to court? Why would they give testimony? It could be quick, like five minutes, 10 minutes, but they’re telling you like it is, and why would these people all be lying? And if you put together five or six of these types of witnesses, it’s very, very invaluable. So that’s the way we build cases with serious injuries in the first three to six months.

Then with regard to damages, with regard to your injury, what are the common defenses? Well, they’ll say you weren’t hurt, you were hurt before, hurt already, maybe you got hurt afterward. You’re all better now. Whatever injury you had went away, it’s not permanent, it’s not affecting your life, or you will get better soon. You’ve already gotten this much better, but now you’re definitely going to get better. It’s going to go away, even though it hasn’t yet, and it’s been months or it’s even been years since the date of injury, and then the final one that they usually say is, being hurt just isn’t really worth much. It’s not really worth anything.

Those are usually like the way that they defend the case on damages. So with respect to those defenses, you could do the same thing. Make yourself bulletproof, think about all the ways. So having consistent treatment, you don’t want to have gaps in treatment, going to the right doctors, and if you have a serious injury. Let’s say you need spinal surgery, or you have a traumatic brain injury after a construction accident. What you would do is you would first start with the emergency room, then maybe go see a private doctor, do physical therapy. If you have something like a traumatic brain injury, you would go into that whole realm and see neuropsychiatrists, neurologists, neuropsychologists, you would get a full workup. You would do neuroimaging like a diffuse test or imaging, MRIs, 3T MRIs, and go into that entire subspecialty.

If you have a back injury, like a herniated disc that’s so painful, you would do the same thing. Go to physical therapy, pain management, try the injections. If that doesn’t help go the next step, maybe have a percutaneous discectomy, or if you need a full-blown surgery, you would have a full-blown fusion either in the cervical spine, the neck, or in the lumbar spine.

Because sometimes, like I’ve had clients where they’ve had surgery, they’ve gone to doctors, but then when push comes to shove and the case is on for trial, you call up the doctor. He’s like, you know what? I don’t want to testify. I don’t want to come to court. It’s like a play. If you’re putting on a play, you have to have the characters for the play. If you don’t have a doctor, what are you going to do?

So these are all things that have to be built up. So again, it’s like building a house, you can build it out of straw, the huff, and the puff, and then it just falls down. You don’t want that. You want to build a house of bricks that will withstand anything. The way to think about what you should do after a construction accident is to think about all of these defenses. What are the defenses going to be on liability meaning fault? What are the defenses going to be on damages meaning my injuries, my pain, and suffering for the rest of my life, as well as the loss of enjoyment of life that I suffered because of this construction accident and the serious injury that I have sustained?

So I hope this has been helpful. Let us know what questions you have and we’re here for you. Have a great day, everyone. Bye-bye.