EP09 S05: How does SPEED on an electric bike affect your medical & personal injury claim?

EP09 S05: How does SPEED on an electric bike affect your medical & personal injury claim?

Does Your E-Bike Have the NEED FOR SPEED? In this episode, discover how speed on your electric bike affects your medical and personal injury claim…

Hi, my name is Arkady Frekhtman. I’m a personal injury attorney in New York. And today we’re talking about e-bikes. Why are 20 miles an hour very, very important? When dealing with accidents and injuries that someone may have suffered while riding an electric bike or an e-bike. E-bikes have gotten very, very popular during the pandemic of COVID 19. People are going out and buying them, they’re fairly inexpensive and you could ride on the streets. And the important thing to remember about e-bikes is whether or not your e-bike is capable of going 20 miles an hour or more. If an e-bike can only go 20 miles an hour and when you hit that throttle and you want to go faster, it just won’t go faster than 20 miles an hour, that’s the top speed. If that’s your e-bike, then it’s known as a class C e-bike and that’s classified by the New York state department of motor vehicles.

Now, if you have this class C e-bike, that could only go 20 or less, you are considered a pedestrian for purposes of whether or not you are a covered person. Now, what does that mean? Basically, it means whether or not the automobile insurance company of the car that hits you will pay up to $50,000 for all of your medical bills. In New York, we have the no-fault law also known as personal injury protection, and what that means is the automobile insurance policy of the car that hits you is going to act like health insurance. And it’s going to pay for your chiropractic visits, your acupuncture, it’s going to pay for you, your transportation to get to the doctor, to come back from the doctor. It’s going to pay your lost wages if you miss time from work because you’re injured in an e-bike accident where another car hits you. It’s going to pay for all these benefits.

But most importantly, it’s going to pay other people, doctors, nurses, hospital personnel, for them to treat you and you have that coverage and you have that peace of mind. So you have that, if your e-Bike can go 20 miles an hour and less, but if your e-Bike can go more than 20 miles an hour, well now, the DMV classifies that as a class A or a class B vehicle. Class A is 30 miles an hour, and up class, B is 20 miles an hour and up. And both of those classes, so basically any car or any e-bike that goes more than 20 is now considered in the same vein as a motorcyclist. And motorcyclists, as well as e-bike riders with bikes that go more than 20 are not entitled to no-fault benefits. So now, if you wanted to get medical care, you would have to use your own health insurance.

If you do not have health insurance, you would have to pay out of pocket. If you cannot afford to pay out of pocket, then the third option would be for your attorney to work out what’s known as a letter of protection or a Lien L-I-E-N. And what that basically means is your attorney would work out a deal with a doctor where the doctor would give you physical therapy and treat you for free for about three months, you would go once or twice a week for three months, and the doctor would treat you for free. Then the attorney would get all the medical records, send them to the insurance company and try to settle the case. And if he got you a settlement, let’s say he gets you a settlement of $25,000, the attorney would take a third, right, so that’s about $8,000 and there’s roughly like six, 15, $16,000 for you.

But now you have to pay the doctor for the fact that he gave you all that medical care. So if it was like once a week, for about three months, you work it out with the doctor, you try to negotiate it down, but you might have to pay like $1500, $2000, maybe a little bit more than that to the doctor. And so instead of getting like 16 in your pocket, you might get 14 or 13, but because the doctor gave you that treatment, right? That’s the foundation, the bedrock of why you’re getting any money at all. If you didn’t, if you weren’t able to get any treatment, then you would not have a case, so that’s basically how it works. so 20 miles an hour is really, really important. If your bike can go up to 20, but cannot go more than 20, you get no-fault benefits.

If your bike can go more than 20, well now you do not get no-fault benefits. But the flip side of all of this has to do with serious injury, because if you’re injured on an e-bike because a car or a truck or any other vehicle hits you, it’s important to remember that there are two policies you can go after, right? Every automobile that hits you has two separate policies. One is that no-fault or personal injury protection up to $50,000, which pays other people for giving you medical care like hospital personnel, physical therapists, doctors, neurologists, whoever you need, right?. That’s one policy, that’s statutory, and that’s one policy. The other policy is a bodily injury policy, now you’re suing them for your lost wages that have not been covered by no-fault you’re suing for your pain and your suffering, you’re suing for your loss of enjoyment of life.

The fact that you can’t do, what you used to do before and your life has suffered as a result of this crash. So with respect to the bodily injury policy, which is the big thing, right? That’s the big-ticket item that most people want to go after if they’ve been seriously injured. Now, with respect to this, if you have an e-bike that goes 20 miles an hour and less, now you have the no-fault benefits. But the flip side is because they give you all these benefits of $50,000 in health insurance. The flip side is you have to show a serious injury in order to recover even one penny on the bodily injury policy. And there are nine different categories of serious injury, and we have other videos that explain it, it gets a little bit complicated. But the easiest way to prove it is if you have a fracture, you automatically qualify, if you have three months of treatment with MRIs showing let’s say a herniated disc, and your doctor compares your range of motion to normal, let’s say normal is 90, and you have 70, that’s a 20-degree difference that would qualify.

So for the most part, it’s not that hard to qualify, but you do have that burden, right? That additional step of getting over the threshold. And if you can’t get over the threshold and show serious injury, then you get nothing. But when you deal with motorcycles or e-bikes that go more than 20 miles an hour, now you’re going into a different world right now you don’t have to show a serious injury. So you could sue for breaking your pinky nail and you could recover compensation. There’s no minimal injury that you need to suffer. And, the other thing is you could sue because you have no benefits, right? You’ve gotten no medical bills paid. You’ve gotten no lost wages paid. You have no, no-fault benefits. So because you don’t have this personal injury protection benefit, you can now sue for anything and everything, right. You could sue for your doctor’s bill, you could sue for the amount you spent for physical therapy. Even if there is a lien, you can get that bill of the letter of protection, right from your physical therapist saying that my bill is $7,500 or whatever it is. And you could get that as economic damage because that’s an actual medical expense that you’re going to need to incur because the law allows you to recover for past medical expenses, as well as future medical expenses.

In the same way, you could sue for property damage, you could sue for pretty much any expense that you have that’s caused by or related to a crash. So I hope this has been helpful that’s just a basic summary. So if your e-bike goes 20 miles an hour and less, you get no-fault benefits, but you need to show serious injury. If your e-bike goes more than 20 miles an hour, you are like a motorcyclist, you get no, no full of benefits, you have to do a lien, use your health insurance or pay out of pocket, but then you could sue for anything and you don’t have to show serious injury. And you actually sue for all your medical bills, which is the way it works in many other states in the United States. So I hope this has been helpful. let us know if you’ve been involved in an e-bike accident of any kind. We’re actually getting a lot of calls because e-bikes are so popular. We’re getting a few calls a week from people involved in e-bike accidents. So we thought we would make this video to educate the public and let us know if you have any questions and we’d be happy to make more videos about e-bikes as well as other topics.

Okay. Have a great day everyone and stay safe out there.

Get help for a bike accident injury in New York

If you have suffered a serious e-bike accident injury due to someone else’s negligence, you need to contact our specialized bike accident lawyers. We will carefully investigate all the facts of your case, review all your medical records, and then fight hard to win the maximum compensation available to you. We want every client to fully recover for all lost wages, pain and suffering, medical expenses, and other losses. 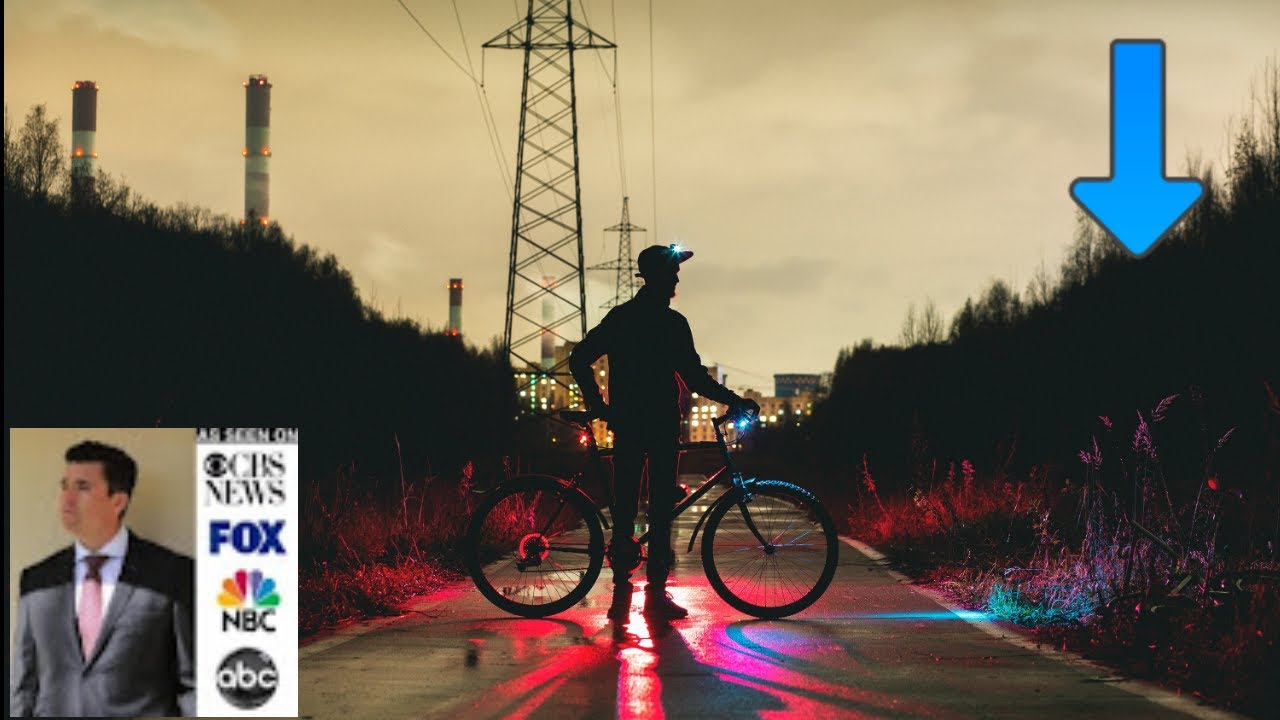